Android Oreo is the dream of many smartphone users and the news of its arrival is usually a good one. Earlier today, we reported that Samsung is currently working on the Oreo update for Galaxy A8 (2018), now, we have confirmation that Samsung Galaxy S7 and Galaxy S7 Edge in the United Kingdom is currently receiving the Oreo update OTA. As of now, there is no information as to when the update will roll out to other regions but it shouldn’t take long. 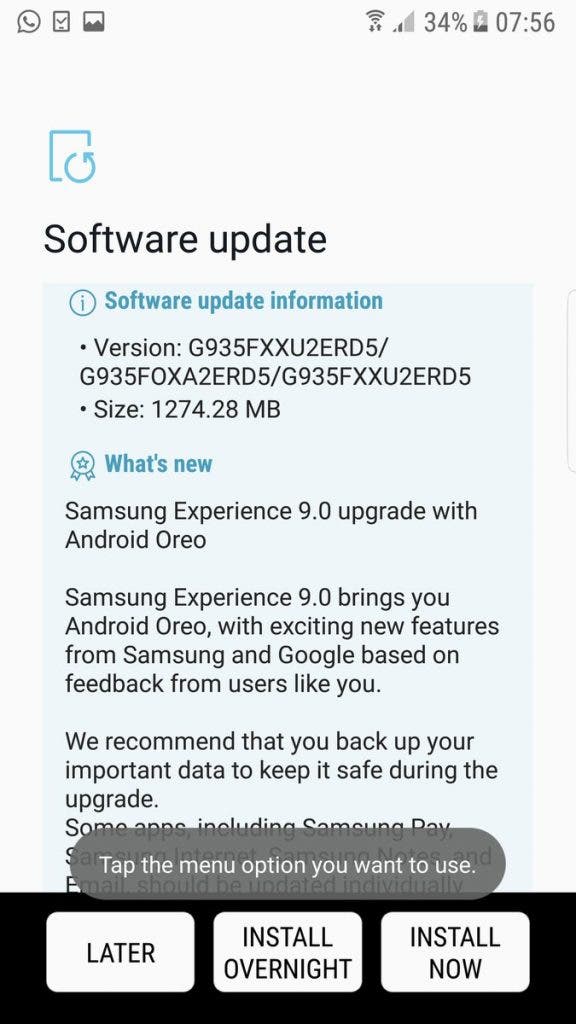 The Oreo update being released comes with firmware version G930FXXU2ERD5 and G935FXXU2ERD5 for the Galaxy S7 and Galaxy S7 edge respectively and this update also includes the April security patch. In addition, the update comes with all the benefit of Android Oreo as well as Samsung Experience 9.0 which was detailed in an infographic a few months ago. Although this update is coming OTA, curious users can also try downloading it manually via settings – system update. 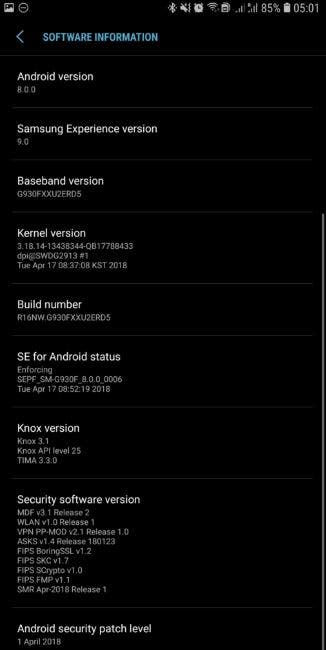 Finally, the update is just over 1.2GB large so users should ensure that they have enough data and space for this download. It is advisable to do this over WiFi.