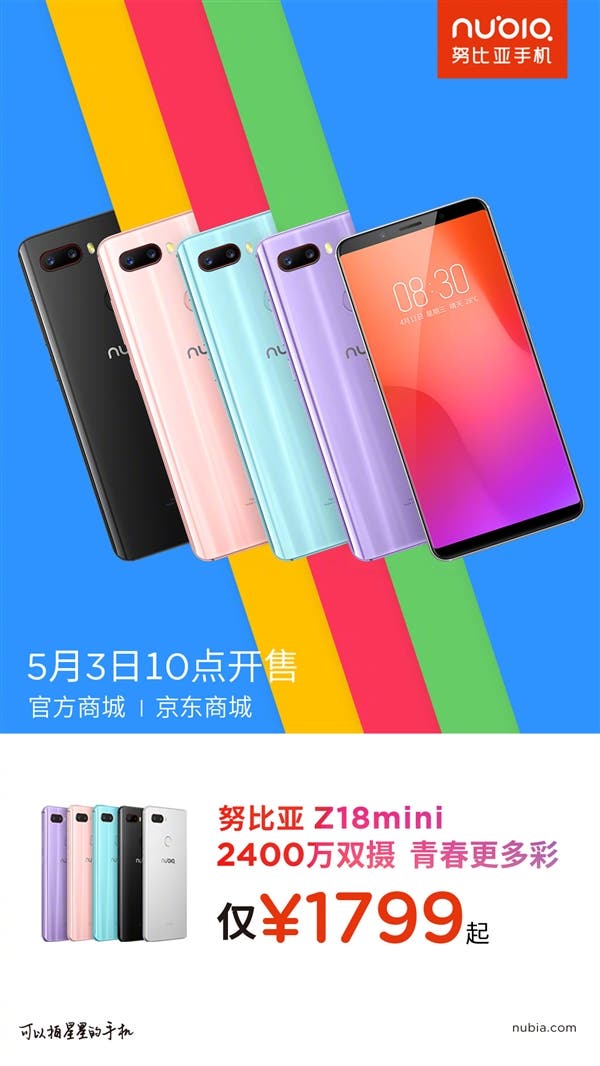 The Nubia Z18 mini (aka Mavericks 9) was announced on April 11. Almost a week later, on April 19 it went on sale. But it was sold out and today the company announced the second bunch will be available for purchase tomorrow. However, there is no guarantee this batch will remain on shelves. The Z18 mini is an amazing smartphone with myriads of selling points. So it’s quite reasonable it gets a status of ‘out of stock’ quickly.

Under the hood, it carries a super mid-range chip of Snapdragon 660AIE. As we said, there are a few memory combinations you can choose from. Apart from this, the Nubia Z18 mini’s processor is coupled with Adreno 512 graphics and a 3450mAh battery supporting NeoPower power-saving technology. The phone runs on nubiaUI based on Android 8.1.

There is a pre-loaded exclusive Maverick voice support. By sending voice commands, the system will intelligently find contacts or open applications based on instructions. Plus, it supports voice commands to transfer text in real time.

Nubia’s Z-line models have been always known for their strong photography capabilities. The Nubia Z18 mini is no exception. There is a 24+5MP rear camera with an aperture of f/1.7, PDAF phase focus and white contrast focus support at a 0.1-second focusing speed. There is a Spectra ISP that provides an excellent photo shooting in all conditions. On the front, it features an 8MP camera with a f/2.0 aperture and AI algorithm supporting smart beauty.

Previous OnePlus 6 will be buyable through pop-up stores in US, Europe, China, and India