Xiaomi has released a third teaser on its official Weibo (microblogging website) handle teasing an upcoming launch. While the two previous teasers only inexplicitly referred to the Xiaomi Redmi S2, the latest teaser direct from the company’s Redmi Mobile Weibo account has confirmed that the Redmi S2 smartphone will be unveiled on May 10.

The teaser hasn’t doll-out further details of the upcoming Redmi S2, but it reveals that Redmi S2/ Redmi S series has been endorsed by the Chinese actor Liu Haoran, and the entire Redmi S series may be marketed as selfie-focused smartphones.

Through yesterday’s teaser with the caption that says Hello, @ Suning Tesco! We will meet on May 10,  we were able to deduce that the upcoming Redmi S2 smartphone will be exclusive to SuninTesco in China.

Much about the upcoming Redmi S2  is already in the public circle thanks to previous leaks and rumors. Just recently, Redmi S2 was spotted on display at a Mi Store in the Czech Republic, revealing the device in some of its glory. As per rumors, the Redmi S2 flaunts a 5.99-inch HD+ display, Snapdragon 625, 3GB of RAM and 32GB of storage. The camera configuration is as follows: 12MP + 5MP rear – and a 16MP sensor with LED for selfies. The handset runs Android Oreo with MIUI 9 on a 3,080mAh battery. 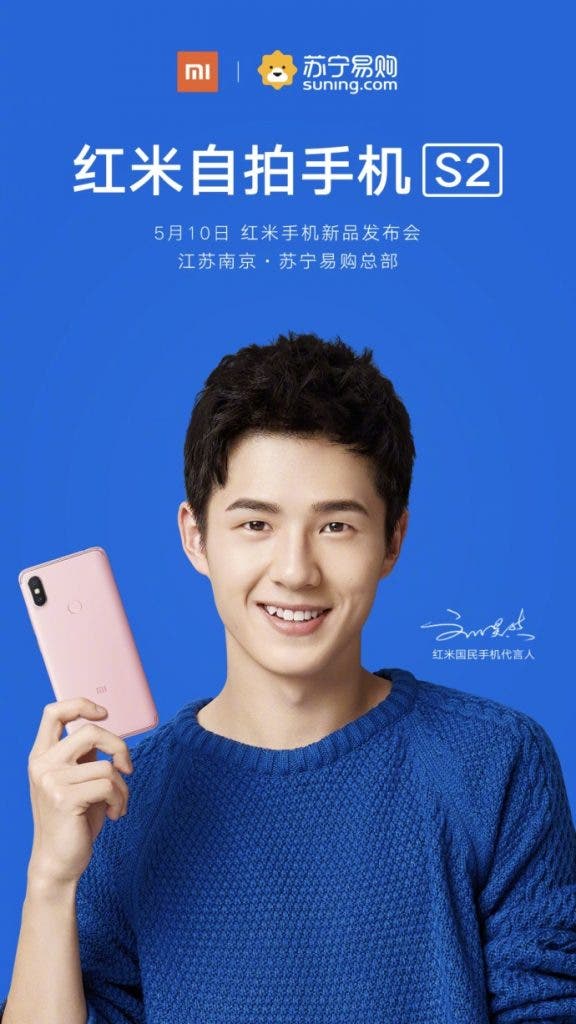 For now at least, nothing official yet, so we might still hold our breath while Xiaomi prepares the way.