Great news for Xiaomi lovers and potentially unhappy flagship killer aficionados that see their OnePlus 6 going to cost over 4000 Yuan ($629), meanwhile the Xiaomi Mi 7 is now rumored to come with a 2799 Yuan ($439) price tag, according to the latest leak. 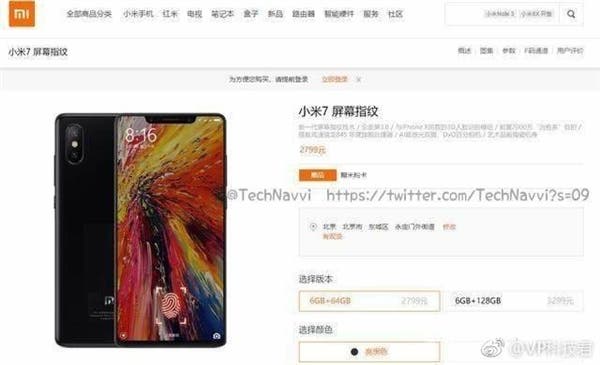 As we can see in the image above, the Xiaomi Mi 7 has been momentarily listed on Xiaomi’s official store at just 2799 Yuan which – if confirmed at launch – would be quite an amazing price for the device. The smartphone is indeed going to be equipped with a beastly Qualcomm Snapdragon 845 along with 6GB of RAM and 64GB of storage. Plus we also get an under-display fingerprint scanner, a 3D face recognition system and wireless charging, among other features. 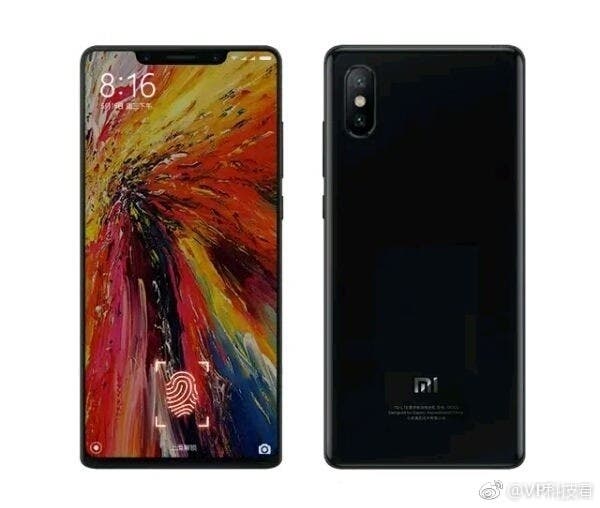 The leaked image seem to confirm the smartphone’s design as well, with a notch at the top of the display flaunting a camera, earpiece and the 3D face recognition sensor, meanwhile at the bottom we find one of the slimmest chins we’ve ever seen.

Cameras will be placed just like on the Xiaomi Mi MIX 2S: vertically on the top-left corner, with a flash between the two sensors.

What do you guys think about the Mi 7? Are you as hyped as we are? Let us know down below!

Previous Honor 10 set to Launch in Europe on May 15th

Next Xiaomi Going to Western Europe Through Hutchinson's Three