Nubia’s CEO Ni Fei has just posted a teaser on his Weibo handle describing a Full Screen 3.0 technology. There isn’t much to the teaser itself except that it shows slim borders of a mystery device. However, the text when translated relates to the Nubia Z17S. Apparently, this text indicates that we’ll see the Full Screen 3.0 tech on the Nubia Z18. There’s also reference to a screen-to-body ratio of 90.36%. Since the Nubia Z17S had an ~81.7% screen-to-body ratio, we could be looking at the Z18 ratio described here.

There’s a lot we know about the Nubia Z18 both in terms of design and specifications. Since we’re talking about screens, the Nubia Z18 pull off an Essential Phone while others are busy copying Apple’s notch. However, it also has a bottom chin. The handset appeared in sketches recently before it passed TENAA. Also, the Nubia Z18 appears to have a much smaller notch than the Essential Phone. 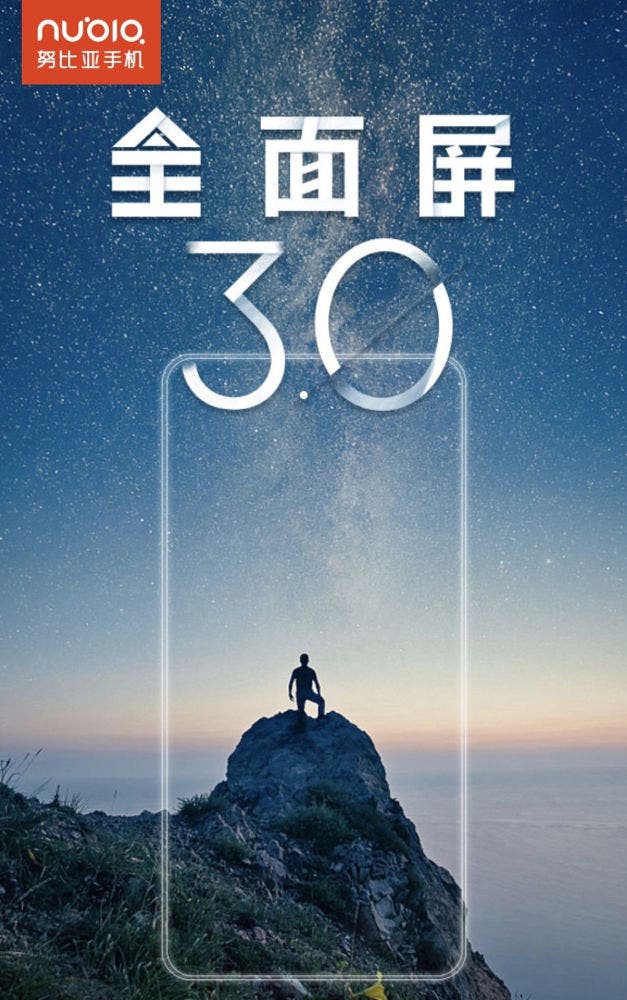 As for specs, the Nubia Z18 features a 5.99 Full-HD+ display with an 18:9 aspect ratio, as described by TENAA. Since this is a flagship, we’ll likely see the Snapdragon 845 SoC with 8GB/6GB of RAM. The handset has a dual camera setup at the back with one of its sensors being a 24MP shooter. The selfie lens is described to be an 8MP shooter. The

Nubia Z18 has a 3,350mAh battery that is equipped with Quick Charge 4+.
No official dates are available yet but with this official teaser now showing up, it cant be far from release.