Usually, ZTE sub-brand- Nubia launches the mini variant of its devices before debuting the main flagship device, and we are hoping it will stick to the same trend with the Nubia Z18. The company announced the ZTE Nubia Z18 mini with 5.7-inch FHD+ display and the Snapdragon 660  a few days back, and now, a search through the Chinese certification site – TENAA reveals that the company is working on bringing the true flagship Nubia Z18.

A ZTE Nubia branded phone alleged to be the Nubia Z18 with the model number NX606J appeared on the Chinese regulatory website TENAA just recently fueling speculations that the device might be close at hand.  Weighing in at 172grams, the alleged Nubia Z18 measures 148.58 x 72.54 x 8.55mm, and it’s said to feature a 5.99-inch display offering up to  FHD+ resolution of 2160 x 1080 pixels and will be powered by the SD 845 – the same SoC powering most flagships released so far released on 2018.

Expected to be powered by a non-removable 3,350mAh battery, the TENAA listing reveals that the Nubia Z18 will come in 8 GB and 6 GB RAM variants bearing 64 GB and 128 GB storage respectively. Furthermore, the device is expected to arrive with dual cameras, comprising of a 24MP primary sensor, and an 8MP secondary, while a similar 8MP sensor is expected to sit somewhere above the display. 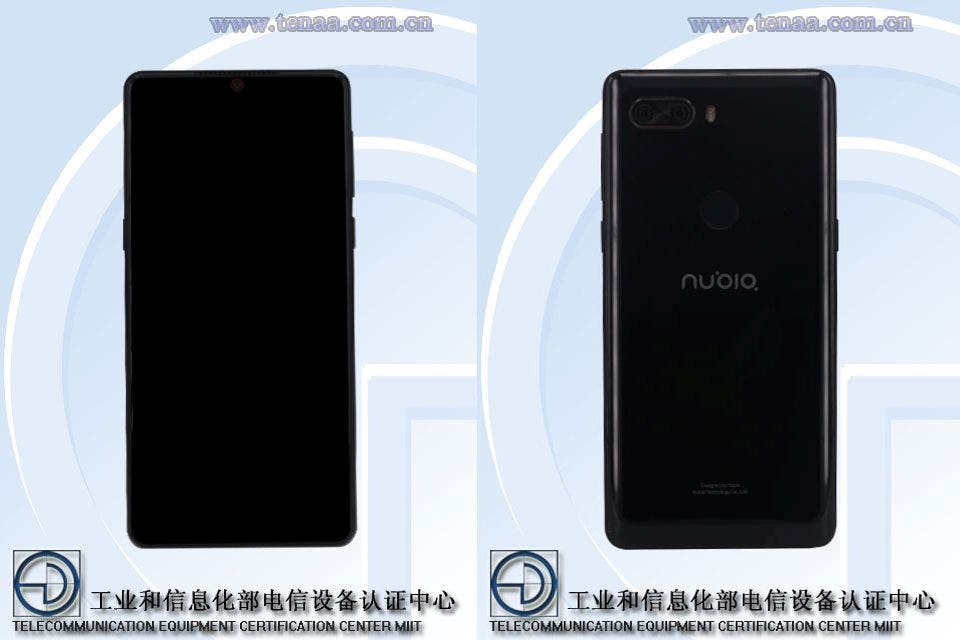 Looking at the schematics and the images provided, there appears to be a dedicated voice assistant button on the left just like on the Z18 Mini while the power button and volume rocker are on opposite side. The device should arrive much later in June.