That’s not a secret that the mobile chips are the core element of any smartphone. But there are only a few chip makers. Qualcomm is an absolute leader in the market. It provides the most powerful chips in terms of performance. But MediaTek is doing its best to offer more or less competitive SoCs. In this sense, the American company supplies the best chips, while the Taiwanese manufacturer offers the cheapest ones. Of course, there are other chip makers such as Samsung with its Exynos line, Huawei with its Kirin line, and Xiaomi with its newly-founded Surge line. But if the first two companies make chips for myriads of smartphone makers, the mentioned three manufacturers design processors for their own use only/mainly. Many have been thinking Huawei may start selling its SoCs to other vendors, but today, it announced it has no plans on selling its processors to other smartphone vendors. 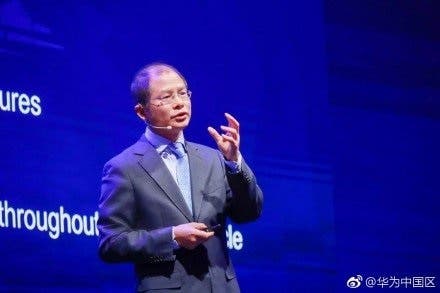 Earlier this year, it was reported Samsung plans to expand production of its Exynos CPUs and find buyers for them among smartphone vendors. It’s been said Xiaomi’s Surge chips will appear on Nokia smartphones. So what about the Kirin CPUs?

Today, Huawei holds a global analyst conference in Shenzhen. Rotating & Acting Chief Executive Officer of Huawei Investment & Holding Co., Zhijun Xu said at the meeting that Huawei has no plans to sell Kirin chips. Those chips have been made to differentiate their handsets and provide lower costs for them. Huawei’s smartphone business adheres to the strategy of multi-chip sharing. Using various models made by Qualcomm, MediaTek, and their own Kirin chip they can design different phones aiming at different customers and coming at different price tags.