After around three months of teasing the Nubia Z18, the handset is finally going official on the 5th of September, a Nubia teaser posted on Nubia’s official Weibo channel revealed today. The brand’s General Manager, Ni Fei, had previously revealed a 3.0 Full-Screen design for the flagship and we will soon see what that is all about. There have been some leaks in the past week that have shed light on that aspect of the phone. So, let’s see what we already know about the device.

The handset recently passed MIIT or Ministry of Industry and Information Technology, and we know that it has a 5.99-inch display while dimensions are as follows – 148.58 × 72.54 × 8.55m. This makes the Nubia Z18 a great one-handed device. 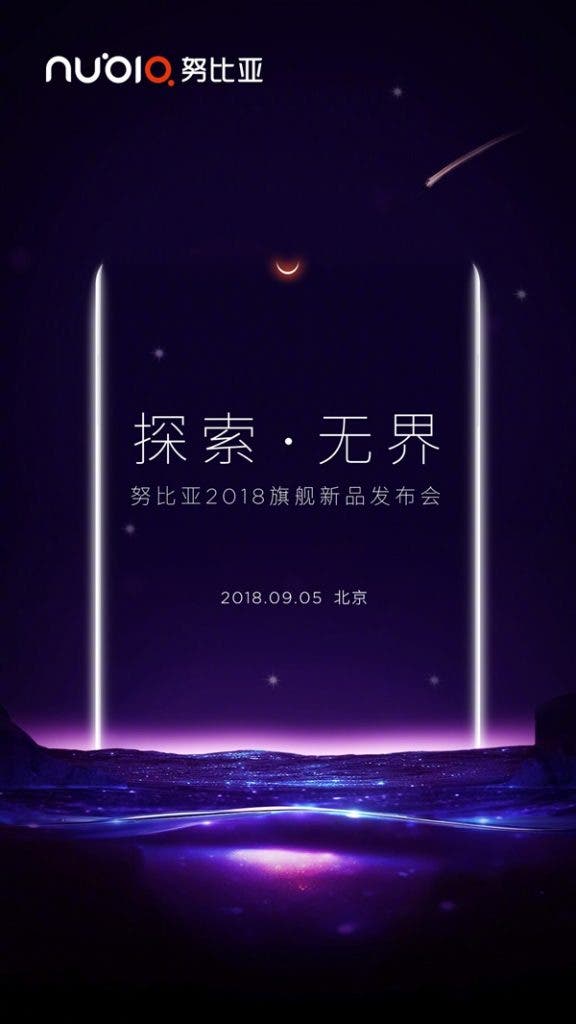 Apart from the looks, we’re likely to see a Snapdragon 845 SoC, 8GB of RAM, and 128GB of storage. It is believed that the power source of the Nubia Z18 is a 3,350mAh battery that runs Android Oreo.

The most recent image seen of the Nubia Z18 shows a water-drop style notch on the smartphone which looks much more elegant than the rectangular cutouts we’re used to seeing these days. The Nubia Z18 will also continue the tradition of its predecessor and come with a borderless design and a screen-to-body ratio higher than 90 percent. Are you interested in ZTE’s next flagship offering?

Next Xiaomi releases kernel source codes of Mi A2, Mi A2 Lite