Today, The general manager and the co-founder of Nubia Ni Fei, released a poster of Nubia Z18. As shown in the figure, “Exploration never sets limits, so breaking the boundaries again and again” implies that the Nubia Z18 will adopts a borderless design.

The borderless design is the classic design language of the Nubia Z series flagship. Starting from the Nubia Z9 followed by Z11, Z17, Z17S. It’s not only brings visual stunning effect, but also effectively reduces the width of the smartphone. 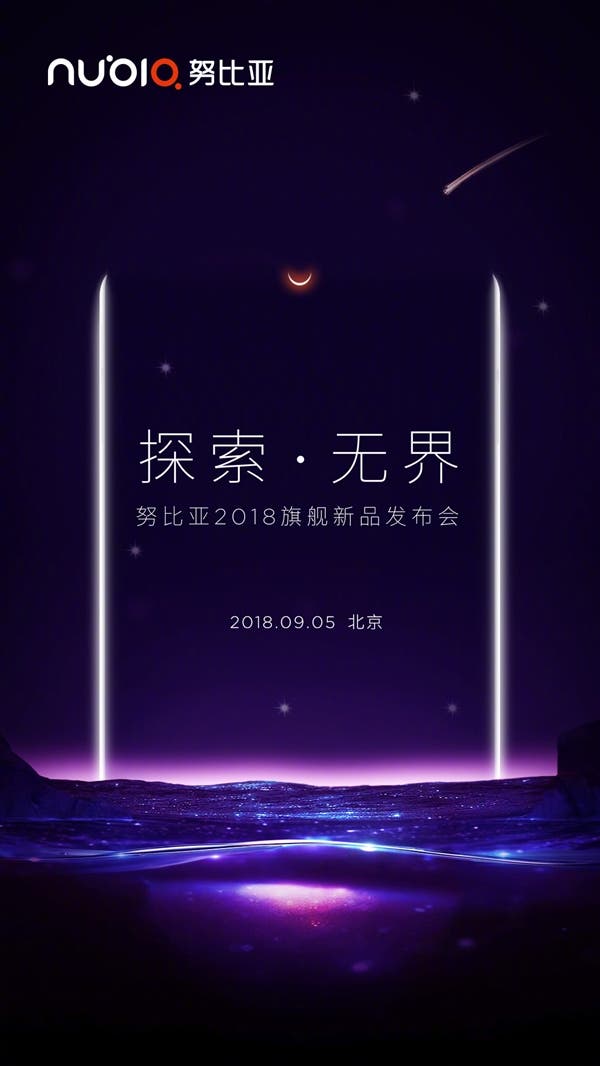 According to the data given by the Ministry of Industry and Information Technology, the screen size of the Nubia Z18 is 5.99 inches. But with its borderless design, the Nubia Z18’s body width is not much different from the traditional 5.2-inch smartphone, and it is suitable for one-handed users (the body measurements are 148.58 × 72.54 × 8.55mm).

In the core configuration, the Nubia Z18 is equipped with Qualcomm Snapdragon 845 processor and 8GB of memory, alongside with 128GB of storage, dual rear camera, battery capacity of 3350mAh.

It is worth to mention that a we’ve seen two months ago a leaked poster showing that the upcoming Nubia Z18s will adopt a new solution, using the design of the back sub-screen to replace the front camera, and the Z18 is likely to come with this design.

Ni Fei Confirmed also that the smartphone will be officially released in Beijing on September 5.