Realme is one of the budding new smartphone brands in India that launched this year and the company has already announced a successor of the only product under its belt – the Realme 1. The Realme 2 was being teased by the company for some time and we were made aware of a lot of its standout features in the official pre-launch teasers. Those include a new design with a notch display, a dual camera setup, a fingerprint reader, and a much bigger battery. It will go on sale from September 4th at noon.

So let’s get to the essentials. The Realme 1 was a real blockbuster of a phone with the handset catching the eye of every big media outlet with its outrageous value-for-money package. The Realme 2, is in probably quite the opposite of that. Realme has opted for a Snapdragon 450 chipset as the core of the device and while this is a decent chipset, I’m afraid it is a step down from the excellent Helio P60. Realme seems to have lost focus here and concentrated on what simply looks good. That’s why you get the notched 6.2-inch display with HD+ resolution which is again lower than what most mid-range smartphones have these days. 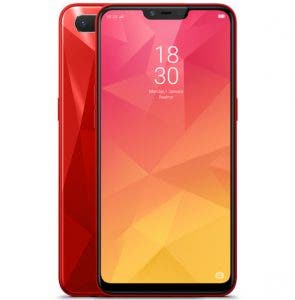 It has a dual camera at the back composed of a 13MP primary sensor and a 2MP secondary sensor while the front has a lone 8MP shooter with AI Beautification 2.0. Of course, the handset runs on the Android 8.1 Oreo-based on ColorOS 5.1 and also has face unlock besides fingerprints. The dual-SIM (4G VoLTE capable) handset packs a 4,230mAh battery and comes in Diamond Red, Blue, and Black colours. If you’re disappointed, the company also teased a more powerful, RealMe 2 Pro which will be announced sometime next month.

Below are the variants of the device with the prices