OnePlus 6 has made an appearance on Geekbench with the 8GB variant. The listing reveals what we already know about the OnePlus 6, Snapdragon 845, 8GB of RAM, and Android 8.1 Oreo. 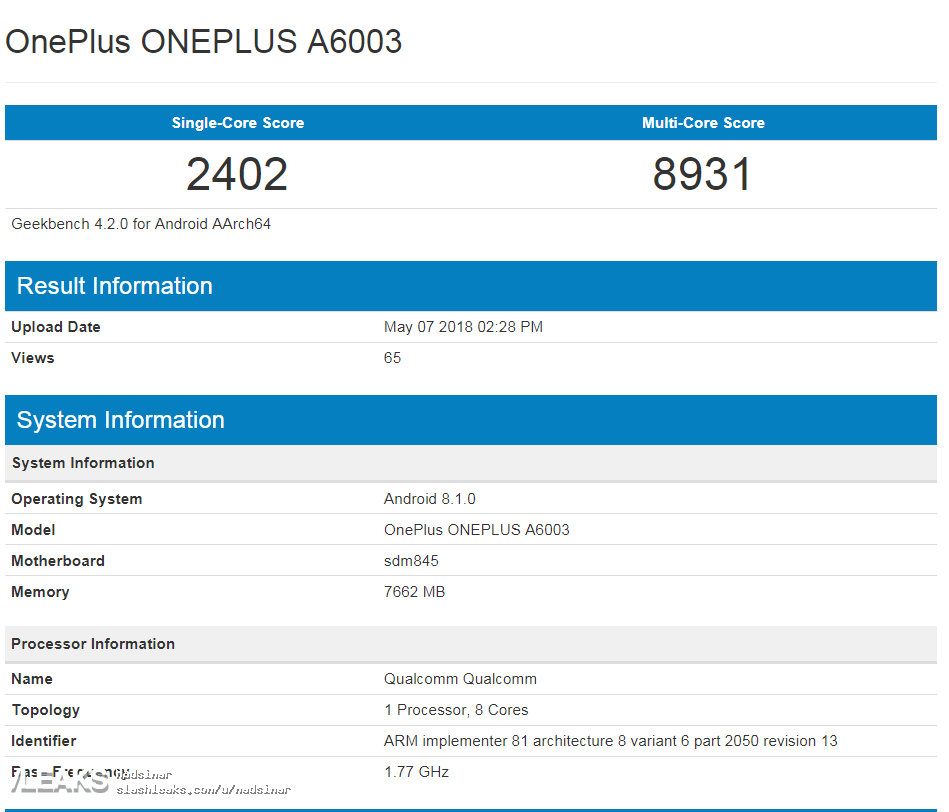 The A6003 variant of the OnePlus 6 scored 2402 points in the single core and 8931 points in the multi-core tests. The upcoming flagship killer is all set to be unveiled on the 17th of May at the Beijing Art Zone by 10:00. It will be available in a Limited Edition Avengers variant too. Earlier today, two color variants of the OnePlus 6 were revealed, Sandstone White and Glossy Black. The cases that leaked yesterday confirmed the presence of vertically aligned dual cameras and the fingerprint scanner on the back.

In other rumors, the 6 is expected to sport a heart rate sensor thanks to the teaser posted by OnePlus CEO, Liu Zuhu last week. Till now we know the processor configuration, RAM and storage variants and the design of the OnePlus 6. Other than that the smartphone is expected to sport a 20MP+16MP snapper on the back and a 16MP snapper up front. It is reported to be powered by a 3300mAh battery and Android 8.1. As far as the pricing is concerned, it might anywhere upwards of $600.