Xiaomi Cactus is the latest in the line of mysterious phones that have been popping up on Geekbench. With manufacturers codenaming their prototypes all kinds of names, Cactus is not a surprise. This one’s probably still under development and came out to take a stroll. 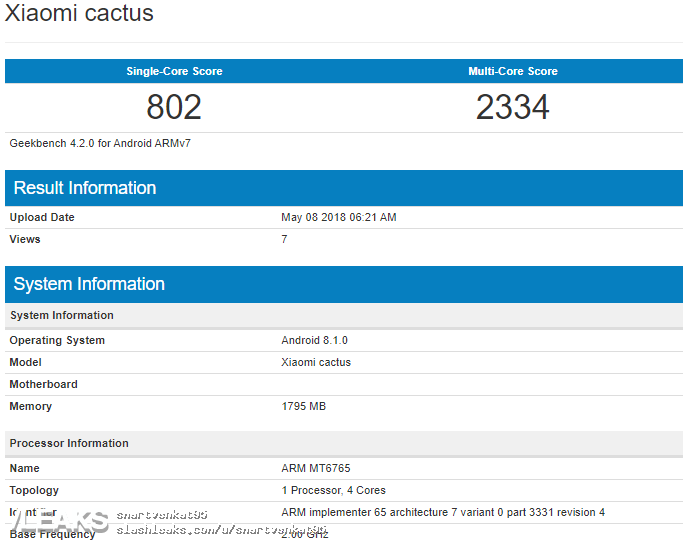 The listing reveals the Cactus as a low range smartphone. It sports ARM MT6765 aka the alleged MediaTek P40 chipset clocked at 2GHz. Supporting the chipset is 2GB of RAM and running the phone is Android 8.1.0. The phone has scored 802 points in single-core and 2334 points in the multi-core tests.

Judging from the specs, this phone will be targeted towards the affordable market and might feature a toned down version of Android aka Android Go. But Xiaomi has yet to adopt Android Go in its ecosystem of smartphones. Android Go would be the right choice to go with considering the memory and processor configuration. Anything else would just render the phone slow in a matter of months, an issue that plagues most low end smartphones. There is also a possibility of this being one of the variants of an upcoming Redmi phone, possibly the Redmi 5X. But there is no proof confirming this speculation. So take this report with a grain of salt.

Next Xiaomi To Partake In Android P Beta program