It’s pretty awful that some phones can have good battery life and capacity, but take a depressingly long time to replenish their battery. But that’s certainly not the case for the new Ulefone Power 5. Though packing a huge 13000mAh battery, the phone can be fully charged rather quickly thanks to the 5V/5A super fast charger and today we’ve got a video for you to prove it. So check it out.

As you can see in the video, the charging speed is really quite impressive. The battery climbs to 10% after just 15 minutes of charging, 45 minutes later the battery reaches 32%, 75 minutes in the battery jumps up to 52%, and after 150 mins of charging wehave  91% charged .The phone will activate trickle charging automatically when charged 90% of power, which might slow down the charging process, but will safely recover the few remaining percent. Finally, full charge is reached in just 3 hours and a half, but take note that the charging test is done with the phone turned off. According to Ulefone, aside from faster charging speed, their 5V/5A fast charge that relies on larger current is much safer compared to conventional fast charging technologies relying in larger voltage. 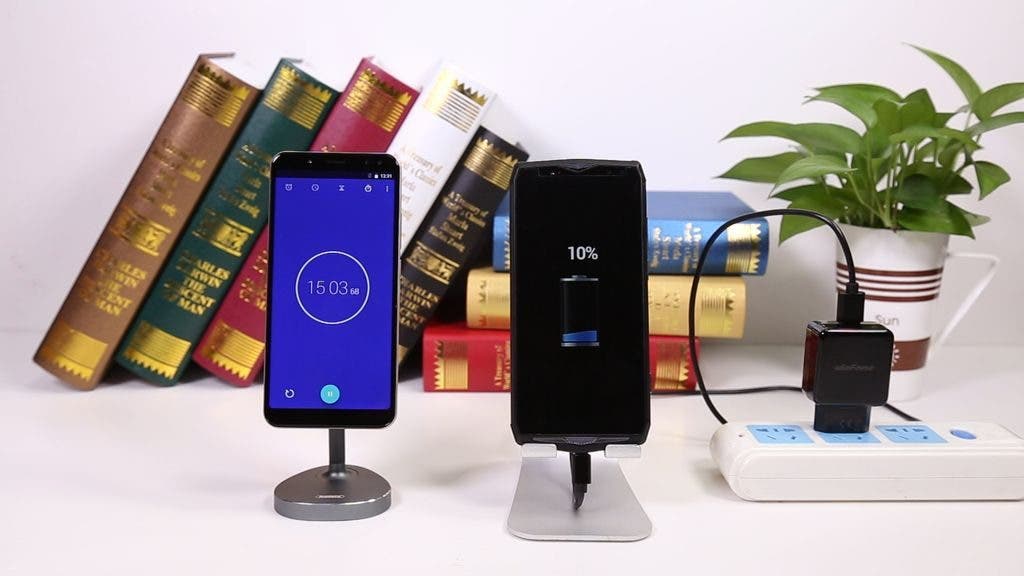 Below is a quick summary of other specs of the Ulefone Power 5 :

You can learn more about the big battery model Ulefone Power 5 visiting the official website. The phone is also currently available for a special price of $269.99 for example in here.