Gaming company Razer has scheduled a launch event for May 22nd in China where it is either billed to announce a new or an existing product.

The launch event poster first obtained by IThome doesn’t reveal much other than the fact the event will be held in China on May 22, so it remains uncertain which product/s the popular gaming peripherals and smartphone manufacturer will launch. However, speculations are rife that the company might be launching the Razer phone in China several months after it was first unveiled.

The Razer phone, since it was launched last year, has received a lot of positive reviews, with other smartphone makers delving into the Gaming phone niche, so it’s expected that the company introduces the device to the Chinese Market which is considered a key market for any OEMs.

For those unaware, Razer announced the Razer phone which has been nicknamed the “smartphone for gamers” back in November 2017. The device set a new bar for mobile performance (and game responsiveness) with a QHD Sharp IGZO display that refreshes 120 times a second, even though the design, the features, battery life as well as the camera aren’t on par with the 2017 flagship offerings from Samsung, Apple, and even Google. 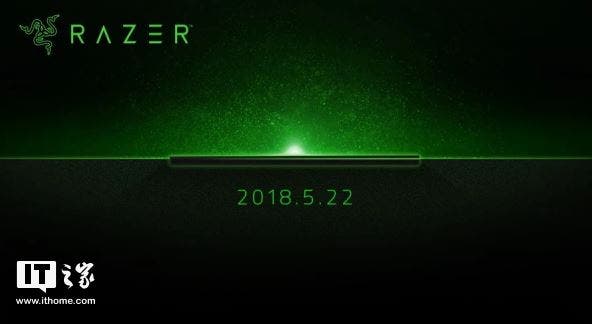 Priced at about $700 in other markets, the Razer phone when launched in China is expected to slug it out with the likes of recently unveiled Black Shark Gaming Phone, the Nubia Red  Devil, and possibly the ROG (Republic of Gamers) gaming smartphone which rumors suggest is already in the making.

Next BlackBerry 'BBG100-1 spotted in benchmark listing, could be the kEY2 Lite