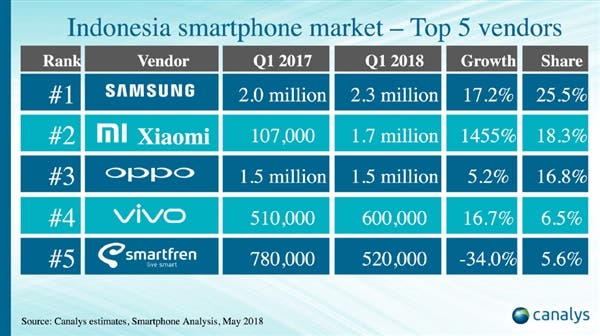 Today, Wang Xiang, Xiaomi’s senior vice president, released a report on the shipment of the Indonesian smartphone market in the first quarter of 2018 as released by the renowned market research organization, Canalys. The report shows that Xiaomi has become Indonesia’s second-largest smartphone brand with an explosive growth of 1455% year-on-year.