The rumor mill didn’t really spin with respect to the upcoming Xiaomi Redmi S2. However, this smartphone has been dubbed the best smartphone in the Redmi series and its AI assisted camera was something to talk about when it launched in China six days ago. Now, this smartphone is set to become officially available tomorrow at 10:00 am. The 3GB RAM with 32GB storage version will be sold for 999 yuan (US$ 156 / Rs. 10,560 approx.) while the 4GB RAM with 64GB storage version goes for 1299 yuan (US$ 204 / Rs. 13,735 approx.). However, numerous Chinese online stores like Aliexpress and Gearbest already have this device on sale at a similar price. 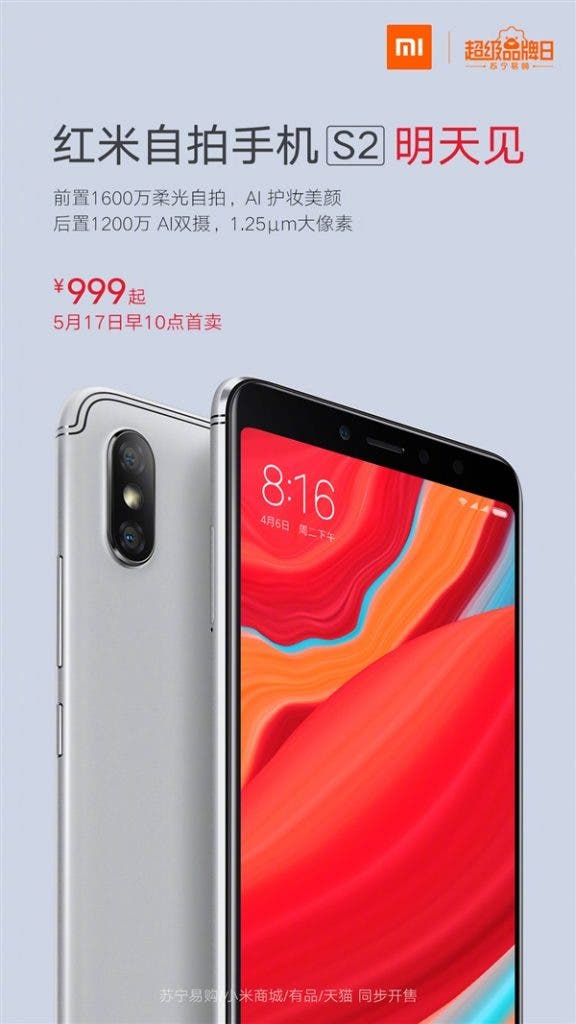 The Xiaomi Redmi S2 is powered by a 14nm Qualcomm Snapdragon 625 processor with a Cortex A53 architecture. The CPU is clocked at 2.0GHz and the GPU is Adreno 506. It is a 5.99 inch 1440 × 720 full-screen smartphone which supports AI face unlocking. We have a 12MP + 5MP setup on the rear for images while a 16MP shooter rocks the front. According to reports, this smartphone has been thoroughly screened with standards used for Xiaomi flagships and it passed numerous quality tests. For more information on this device, click HERE.