Not many weeks ago Samsung finally started to deliver the Android 8.0 Oreo update for the 2016’s flagships – Samsung Galaxy S7 and Galaxy S7 Edge. However, a few days ago the company announced that the update has been on hold due to some issues.

As we reported before, a number of users started to experience random reboots on their Galaxy S7 and S7 Edge smartphones after installing the Android 8.0 Oreo update. Apparently, Samsung rushed with all their available effort to bring a fast solution for those unhappy users and today a patched update is arriving for the duo of 2016’s flagships. 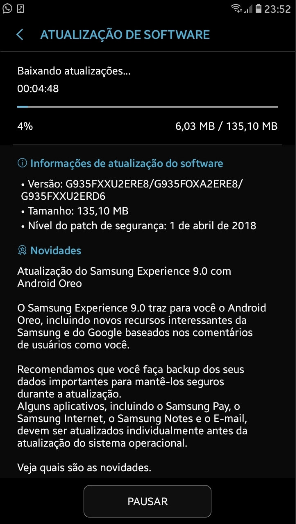 Earlier today, the South-Korean manufacturer confirmed it has resumed the Oreo rollout for Galaxy S7 and S7 Edge. The update is going on through OTA and in an incremental form, so don’t hold your breath since it can take some days to arrive for all eligible smartphones. The update is going on with the G930FXXU2ERE8 and G935FXXU2ERE8 version number for the respective smartphones and will bring all the goodies introduced by the Android 8.0 Oreo release, such as picture-in-picture mode, notification channels, and autofill API.

Alongside the update, Samsung is delivering the April Security patch, which is already outdated considering that Google already deployed the May release of their monthly security bulletin. Lastly, but not least if you’re among the users who had the random rebooting issues after updating to Oreo, a fix should be available soon for download.

This case finishes another chapter of the problematic Android 8.0 release, Samsung was just another company among the other device makers who had problems with the first public release of Oreo. Some companies like Razer and Essential decided to skip this update in favor of the Android 8.1 release, and it was the best choice possible.