When Samsung mobile officially announced the Galaxy J6, J8 and the Galaxy A6 duo earlier in India today, a member of the J series – the Galaxy J4 that has been making the rounds seemed missing. However, without much fuss or fanfare, the company has decided to silently launch the Galaxy J4 alongside the Galaxy J6 in Pakistan.

Both devices are now live on Samsung’s site;  while a Ukrainian retailer is also taking pre-orders for the Galaxy J4 with a price tag of UAH 4,799 (approximately $185) though it is not listed on the official Samsung Ukraine website. Both devices seem not available for outright purchase in Pakistan either, but with the  Galaxy J6 set to go on sale in INDIA from tomorrow,  it is only a matter of time before it goes on sale in Pakistan. ( check back later for details about Galaxy J4 price in Pakistan as well as global rollout plans.)

Parading a standard 16:9 5.5-inch HD Super AMOLED display, the Galaxy J4 comes packed with a 1.4 GHz quad-core Exynos 7570 processor coupled with Mali-T720 MP1 GPU, 2GB of RAM, 16GB of expandable internal storage. It comes fitted with a 13-megapixel rear camera sensor with LED flash, while a 5-megapixel camera sensor with adjustable LED flash is provided for selfies. It also comes with the added Story feature that lets users create various stories from their previous memories by adding background music and easily share them on social networks.

Backed by a 3000mAh battery with up to 20 hours of talk time on a single charge, the Galaxy J4 boots Android Oreo out of the box with standard connectivity features including 4G LTE, Wi-Fi 802.11 b/g/n, Bluetooth v4.2, GPS/ A-GPS, Micro-USB, and a 3.5mm headphone jack. The Galaxy J4 has a rear fingerprint sensor and should go on sale soon in black, gold, and orchid gray color options.

The Samsung Galaxy J6, on the other hand, gets a slightly larger 5.6-inch HD+ (1480×720) Super AMOLED Infinity Display and powered by the octa-core Exynos 7870 chipset. More details here. 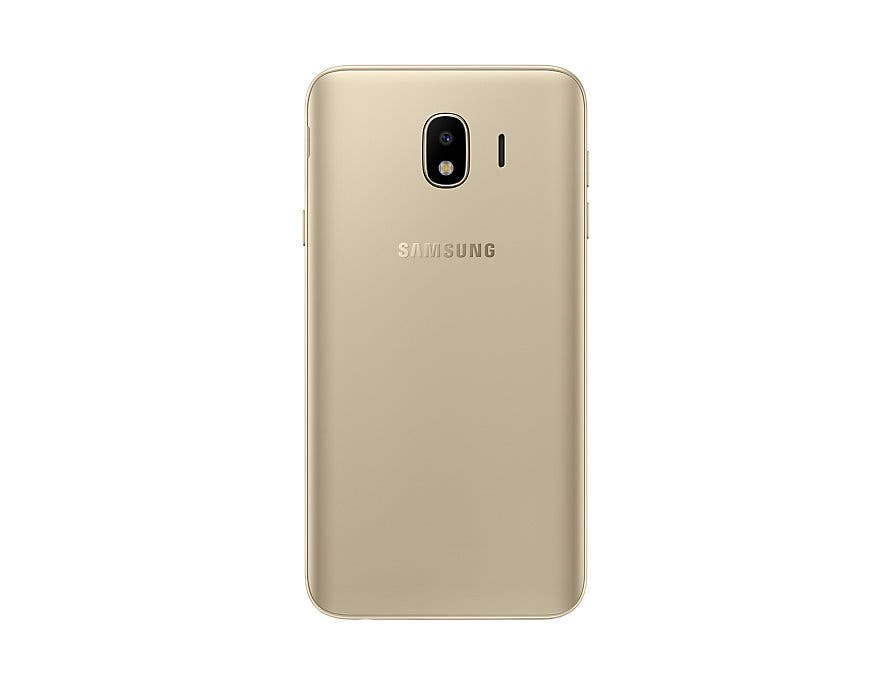