Today, Tang Mu, vice president of Xiaomi’s ecological chain and head of the Xiaomi Exploration Laboratory, announced that Xiaomi router 4 will be formally launched on May 22. Tang Mu revealed that in addition to wired and wireless Gigabit-capable fiber-optic broadband, Xiaomi router 4 will also sport a powerful performance that allows it to connect with more smart devices. It is designed with a “Minet button” that allows Xiaomi’s smart devices to access the network. 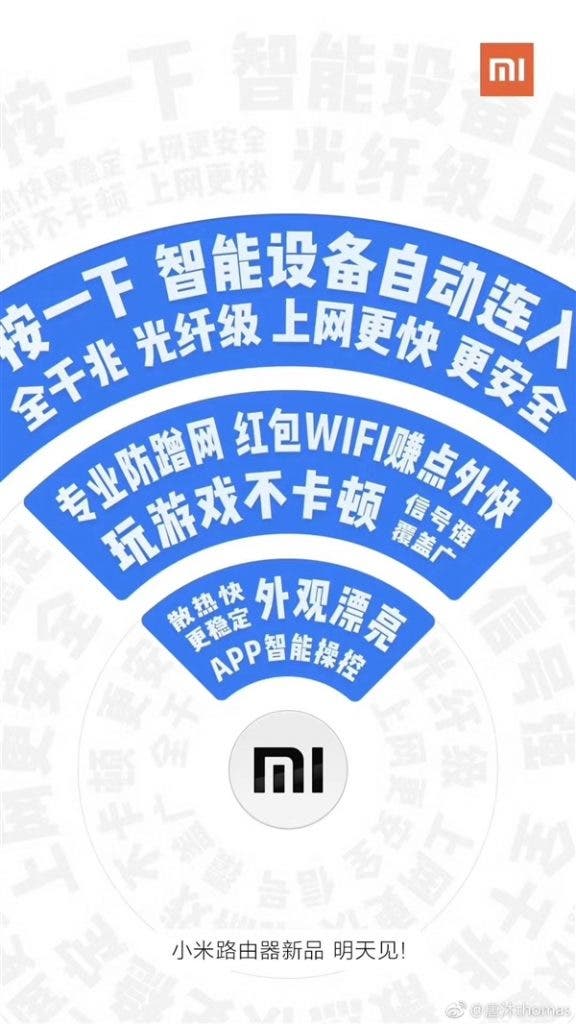 Compared with the previous generation of Xiaomi routers 3, Xiaomi router 4 is a full-scale upgrade and has added more gameplay. In terms of price, Xiaomi will use its consistent router pricing strategy. Thus the price of Xiaomi’s router 4 is expected to be pleasant.