Honor has added yet two more smartphones to its big-budget phone roster in India today. The phone maker has launched the Honor 7A, and Honor 7C just at the back of an Honor 10 launch. The Honor 7A is the more timid of the two with entry-level hardware and a matching price. The Honor 7C has two variants – 3GB + 32GB, 4GB + 64GB. Below follows schematics of the two handsets.

The Honor 7A with its great spec-sheet fits the bill of a Redmi 5 competitor. It is equipped with a 5.7-inch IPS Display with HD+ resolution and 2.5D curved glass. Obviously, it is an 18:9 aspect ratio. The brains of the handset is the Snapdragon 430 chipset coupled with 3GB of RAM and 32GB of storage. At this price point, you’d be surprised to learn it has a dual camera setup. The rear is home to a 13MP + 2MP duo of lenses of which the former is RGB. The front selfie taker is an 8MP lens with Face Unlock as well as 1080p recording.

To wrap it up, the Honor 7A runs on a 3,000mAh battery as the software side of things is handled by Android Oreo topped my EMUI 8.0.

The Honor 7C steps things up a bit with more meaty specs-sheet as well as price tag. It has a Snapdragon 450 SoC that manages the pixels of the 5.99-inch HD+ panel. This is slightly better than the Honor 7A. 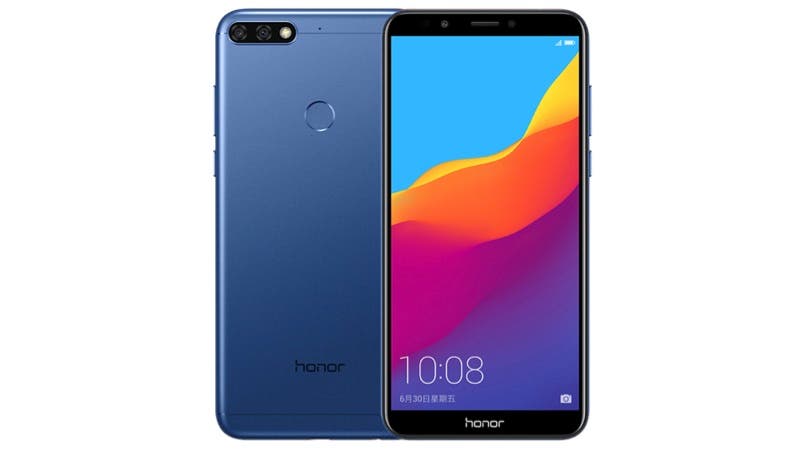 The handset has the exact camera configuration as its 7A relative, so no changes there. Similarities continue with the battery capacity as well as an Android version that are the same as the former model. However, the Honor 7A has two variants like we mentioned earlier.