Tecno Mobile, a member of the Hong Kong-based company Transsion Holdings that’s also known for its Itel and Infinix brands, seems to be gearing up for the refresh of its Camon line of selfie-focused smartphones in India. 91mobiles has now obtained exclusive images of the device alongside a few basic specs. Read on to see the specs and images obtained by 91mobiles.

Leaked images of the yet unnamed Tecno Camo series phone clearly indicate the device will come with a nearly bezel-less display with the 18:9 aspect ratio, and that makes us suspect it will house a rear-mounted fingerprint sensor, in addition to the facial recognition feature. The device as per 91 mobile reports is expected to arrive as the brand’s first AI-enabled selfie-centric smartphone under the Camon series. With the AI camera features, the device as noted by 91mobiles will be able to automatically detect the ambient light in the environment as well as capturing facial features in real time to enhance the output. 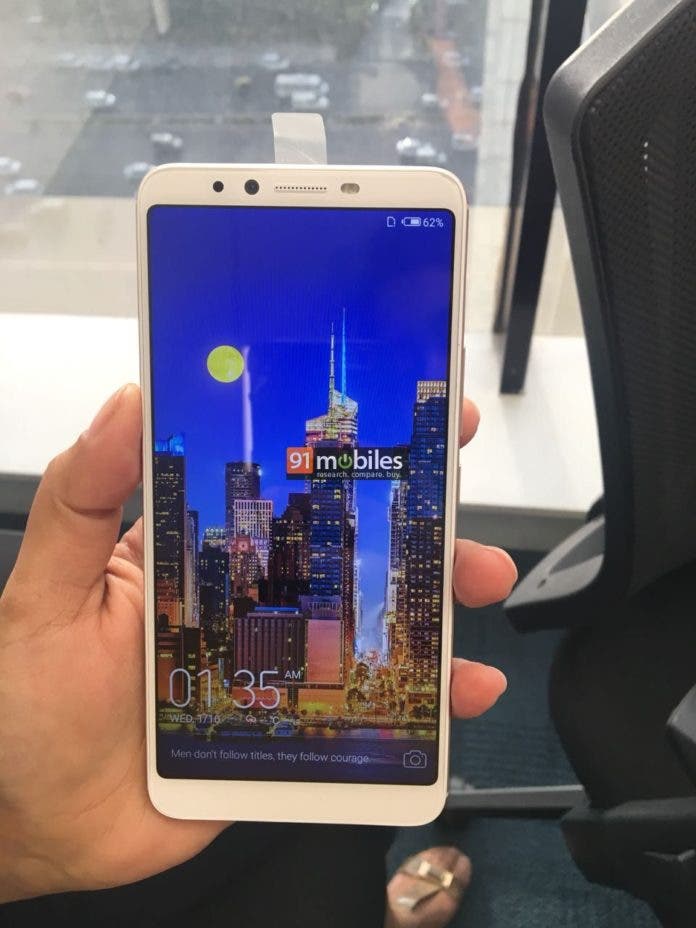 Though not officially confirmed, the device is said to arrive during the IPL (Indian Premier League) season,  and by implication, we should expect the device to debut in few days time.  We’ll keep you posted as soon as we get hold of any form of official information.

Next Battle of the feature phones, Ulefone Armor Mini vs. Nokia 3310