At the end of February, Huawei released the world’s first full-screen laptop at the MWC conference, named the MateBook X Pro. One of the biggest selling points is the screen share of 91%. In April, the laptop was officially released in China at a price tag of 7,988 yuan. Today, this notebook officially landed in the US market. Starting May 23, it will be available online through the US Amazon, New Egg, and Microsoft’s official stores. The price starts at $1199.99 (equivalent to 7,650 yuan). Thus it’s priced a bit lower in comparison to the Chinese market. 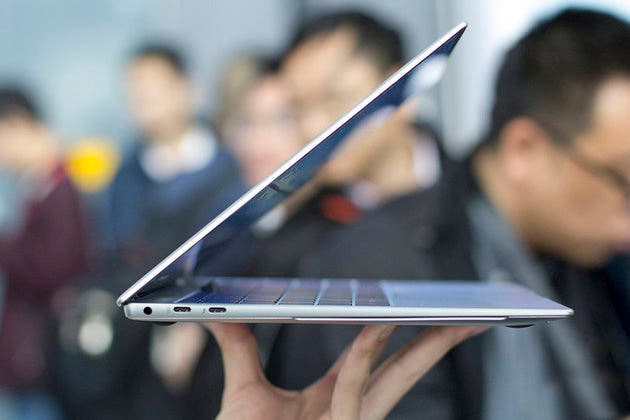 We know the MateBook X Pro a high-end model with tons of superior features. Among them, we can find a 13.9-inch 3000 x 2000 resolution screen, which also has a screen share of 91% and a pixel density of 260PPi. Because of the narrowed bezels, the manufacturer has had to hide the front camera under the F-key placed between F6 and F7 keys.

It is packed with the latest generation Core i7 processor paired with an 8/16GB of RAM, 256/512GB SSD, and MX150 graphics card. The battery capacity is 57.4Wh, which is capable of providing a video playback of up to 12 hours.

The Huawei MateBook X Pro adopts a negative pressure cooling cabin technology, equipped with a shark fin continuously variable fan, which can intelligently switch between silent mode and high-efficiency mode. At last, there are a few interfaces such as a USB Type-A, two USB Type-C, and a headphone jack.

Generally, Huawei has been on the laptop market for three years. So we can state it took only three years to come in with a real beast like the MateBook X Pro.