Huawei smartphones were growing fast like a viral disease some few years back. But the United States stepped in as the only vaccine that could stop the spread of Huawei in 2019. So they did the needful and placed a ban on Huawei. This ban stopped Huawei from working with any United States company without a license from the US commerce department.

The Ban That Gave Birth To Huawei HarmonyOS

This ban did hit Huawei hard especially in the global market where Google services happen to be an addiction. Smartphone users in the Global world find it quite difficult using a smartphone that does not have the Google service on it. 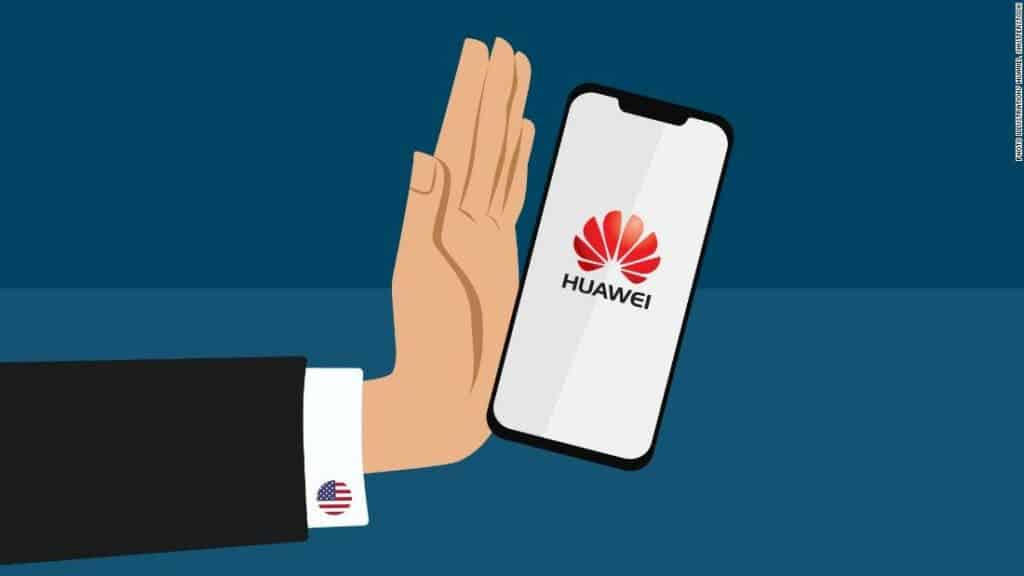 Huawei was running quickly than any other phone manufacturer in the world back then. But the lack of Google services made them stop running. So they had to start walking. Walking didn’t seem to be what the United States wanted for Huawei, they wanted to completely cripple the Chinese tech giants.

A few months after the ban, the US commerce department imposed another ban on Huawei. This time around, you do not need to be an American company in order to seek license from the American government to work with Huawei.

You can even be a Chinese company, but as long as you are using any technology that was made by the United States to work, you need a license to work with Huawei. I think the United States did a lot of research in order to come up with this new ban.

Huawei’s Business Began to Slow Down Despite Having Huawei HarmonyOS

This ban was just enough to see the tech giant finally cripple on its knee. Because no manufacturer is totally independent. You definitely need one or two components from another companies or countries in order to do your work.

Huawei’s Kirin chip was the best at that time. From battery endurance, speed, heat management and network connectivity. The Kirin 9000 for example got the top score on Antutu Benchmark in 2020. Beating the likes of Bionic A14 and the Snapdragon 888. 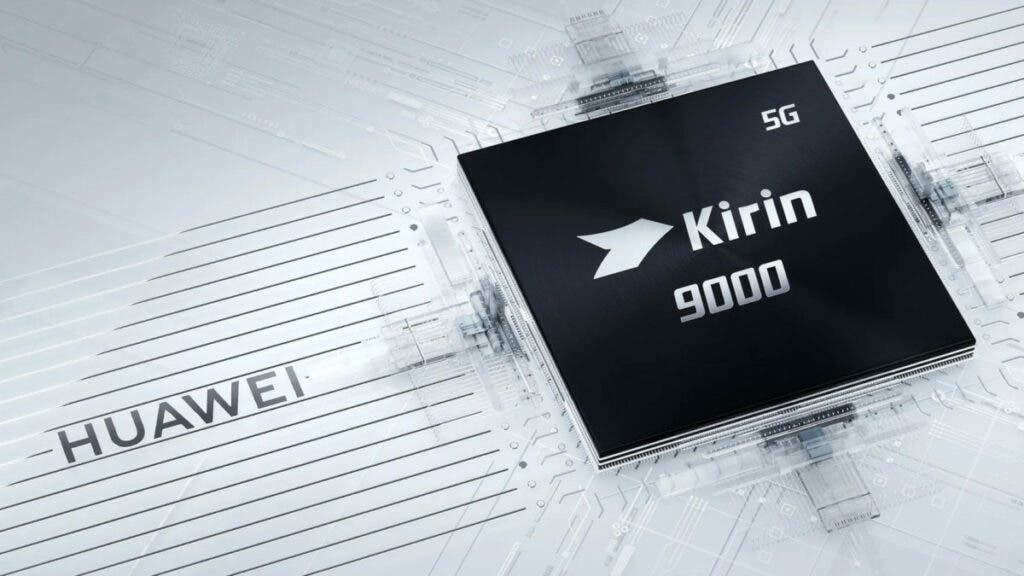 But due to the second ban, Huawei could not have access to their own chipset anymore. Taiwan Semiconductor Manufacturing Company (TSMC), the company the produced Huawei’s Kirin chips is not an American company. But some parts of their chip building processes used US tech. Hence, TSMC also required a special license from the commerce department to keep producing the Kirin chips for Huawei.

This forced Huawei to look for alternative solutions in terms of chipsets. Luckily the US government opened the window for the Chinese company to be able to use the Snapdragon chipsets. (But the main door remained closed anyway). So Huawei got access to Snapdragon chips but only 4G models. All 5G chips (The main door) still remained banned.

The Qualcomm Snapdragon 4G chips may not look enough for any company at this point. But it has given a little space for Huawei to keep breathing. Huawei is gradually rising onto its feet not just because of the Snapdragon chips it is currently using.

The Birth Of Huawei HarmonyOS 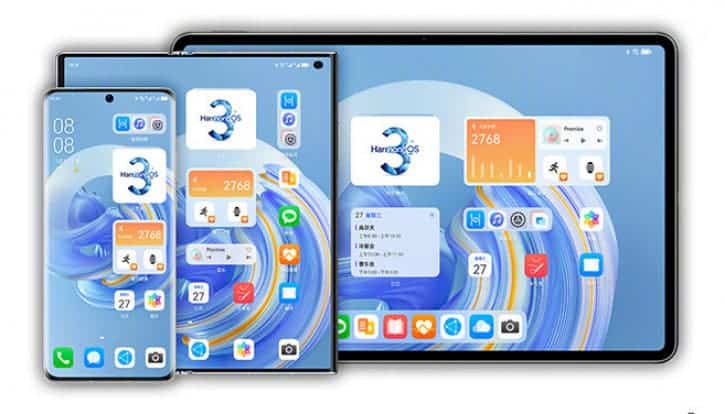 The most part of Huawei’s growing market has to do with its new operating system, Huawei HarmonyOS. After the US ban, Huawei immediately shifted their focus to the HarmonyOS operating system. They believed that the nature of the OS could help them create an Ecosystem that won’t just sustain its business but also bring other manufacturers on board.

From the reports that Huawei recently released, it looks like things are going just as they planned for it to go. The HarmonyOS isn’t just spreading to more Huawei devices but more manufacturers are also getting on board.

Another area where HarmonyOS seems to be expanding quickly has to do with third-party installations. When Huawei launched the HarmonyOS in 2019, they made it clear that the new operating system is not just for Huawei devices. They explained that HarmonyOS can be installed in third-party products such as fridges, microwaves, smart bulbs, televisions and many more.

For this reason, the same report also claims that Huawei has been able to achieve over 250 million third-party products installations of the HarmonyOS. This accounts to a year over year increase of 212 percent. And guess what? It does not end there. More and more third-party manufacturers are coming on board. So expect to see different numbers next time.

Last but not the least, we have reports on Huawei’s app marketplace, the App Gallery. It may look as though it does not exist to many outside the shell of Huawei. But Huawei keeps investing in its app gallery.

It is reported that the Huawei App Gallery now has over 220,000 apps. This number is nowhere closer to the numbers from the Apple App Store and the Google Play store. But it is still an outstanding achievement owing to the fact the App Gallery is very new. As new as it may be, the App Gallery still managed to serve over 580 million active monthly users.

The App Gallery has managed to cement itself as the world’s third largest app market place. The larger it grows, the more popular it becomes and the more developers get on board. 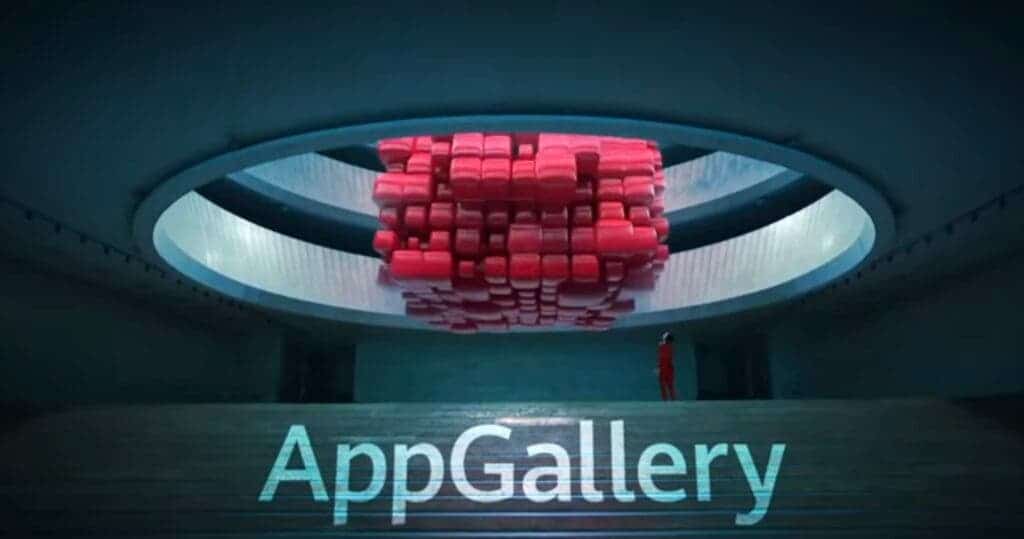 This clearly shows how strong Huawei is and of course how strong it fan base is. Huawei is a mega company, a rich company and a very advanced technology company. Yes the US ban seems to have slowed down the company. But as determined as they are, it would not be much of a surprise to see them stand on their feet yet again.

Previous The iPhone has been modded into a foldable! But beware it's haunted!