Today, Huawei officially announced the world’s first full-screen notebook in face of the MateBook X Pro will go on sale on April 18 at 10:08 AM. As you should know, this laptop was uncovered at the MWC 2018. A few days back, on April 12, the product was officially released in China. And as for now, we learned it will become available for purchase starting tomorrow. The starting price tag is 7988 yuan ($1271). 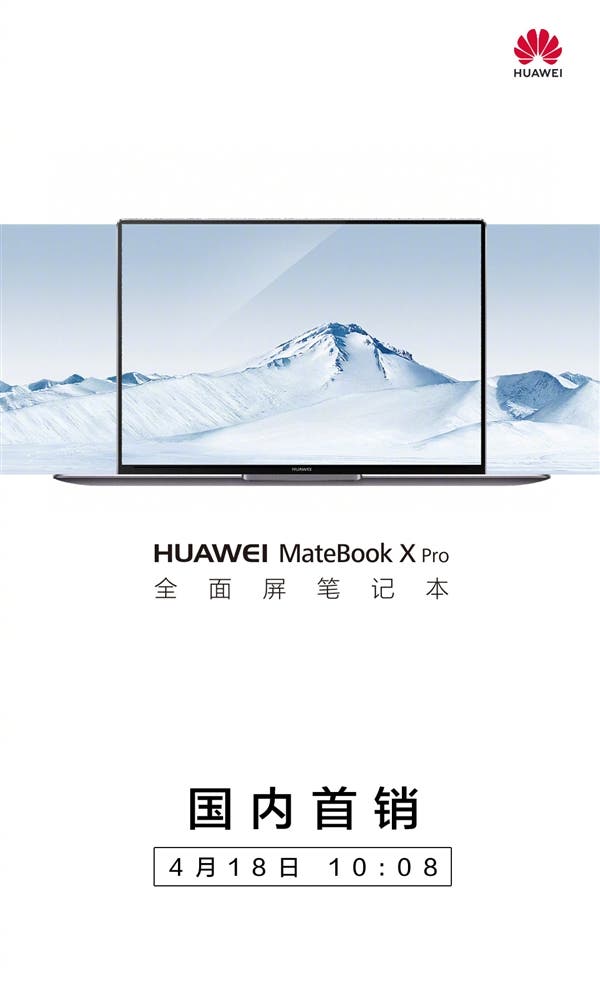 Previously, we have talked about 8 selling points of the Huawei MateBook X Pro. So we know it’s a top-notch model with tons of superior features. Among them, we can find a 13.9-inch screen with a resolution of 3000 x 2000 pixels. It also has a screen share of 91% and a pixel density of 260PPi. As it comes with narrowed bezels, the company has had to hide the front camera under the F-key that is placed between F6 and F7 keys.

Of course, this laptop sports the latest generation Core i7 processor paired with a 16GB of RAM, 512GB SSD, and MX150 graphics card. (There is also a regular variant with an 8GB of RAM and 256GB of SSD.) The battery capacity is 57.4Wh, which is said to provide a video playback up to 12 hours.

The laptops have become slimmer. So the heat dissipation can affect the performance and longevity. But this is not a reason to worry, as the Huawei MateBook X Pro adopts a negative pressure cooling cabin technology, equipped with a shark fin continuously variable fan, which can intelligently switch between silent mode and high-efficiency mode. At last, there are a few interfaces such as a USB Type-A, two USB Type-C, and a headphone jack.

Next Wireless Headsets Starting at $11.49 & More at Tomtop