Xiaomi has scheduled a launch event for May 31 in Shenzhen, China, where it is widely tipped to debut a whole lot of products including the flagship  Xiaomi Mi 8.

The device is no stranger to rumors mill as it has been previously rumored to debut with an under-display fingerprint sensor. Now, just days ahead of the big event, a leaked image from China’s Weibo appears to have revealed the expected pricing of the unannounced smartphone.  Cementing previous reports, the Mi 8 will come in two versions based on RAM sizes and storage space. The base variant of the device will come with 6 GB RAM and 64 GB storage, while the second variant will feature 8 GB RAM and 128 GB storage. 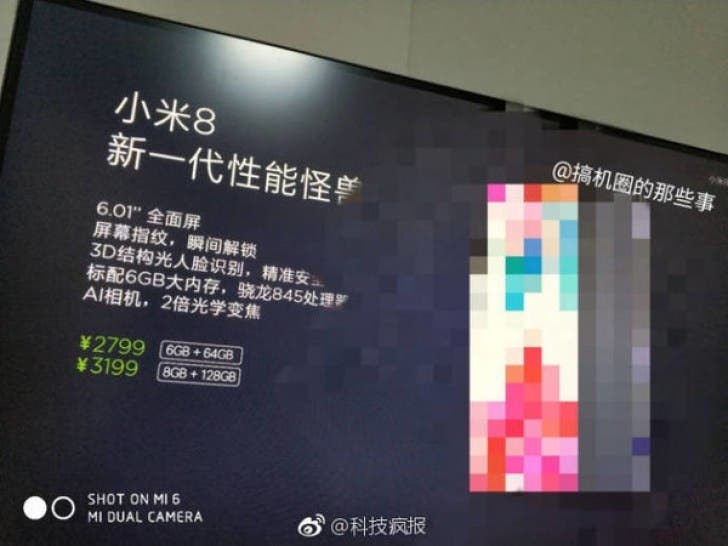 The In-display fingerprint technology and 3D  face recognition are the trending features now, and that might likely be some of the major highlights of the upcoming device. It is expected to come with a large 6.01-inch OLED edge-to-edge display with the Snapdragon 845 SoC coupled with up to 8GB of RAM under the hood.

Next OnePlus 6: Is There Room for Improvement to Warrant a 6T?