There is excitement in the air. We won’t have to rely on leaks or wait for eternity before we set our eyes on the Xiaomi Mi 8.

After a mix of uncertainty around which products will get unveiled at the product launch event taking place later this month, the Chinese phone maker has now officially scheduled a launch event for May 31 in Shenzhen, China where it is expected to announce a plethora of products including the flagship Mi 8 smartphone, Mi band 3 and many more. The Xiaomi Mi Max 3 was earlier rumored to be one of the expected products at the May 31 event, that, however, won’t happen as the company CEO recently confirmed the Mi Max 3 would only arrive much later in June.

Not much information can be gleaned out from the May 31 teaser so far released by the company, however, it is obvious the center of attraction will be the flagship Xiaomi Mi 8 smartphone or something that has to do with its 8th years anniversary.

The Xiaomi Mi 8 is quite new to the rumor mill, but we already got to know the device will highlight 3D facial recognition feature, an on-screen fingerprint scanner, AI camera with 2X optical zoom.

Through a 3C listing and a listing on the FCC, it was released recently that the flagship Mi 8 smartphone will come in two variants with support for 5V/3A, 9V/, A and 12V/1.5A charging. 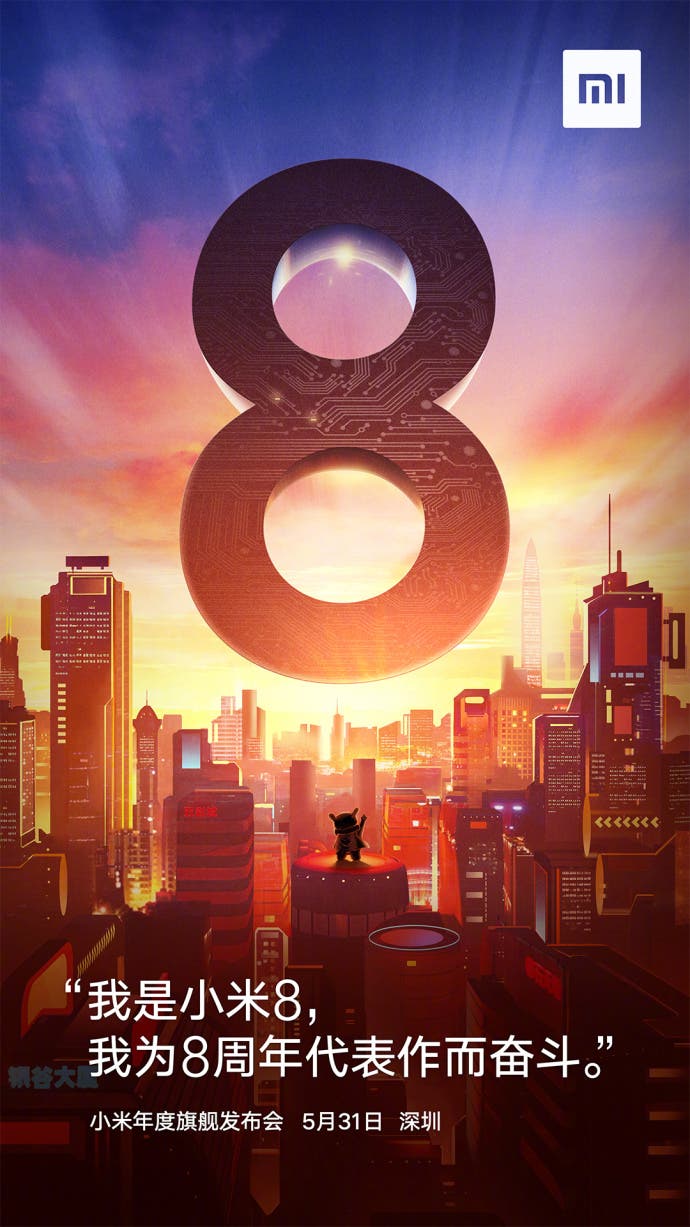 For now, at least, the Xiaomi Mi 8 is confirmed, it remains to be known whether or not the company decided to scrap the Mi 7 totally in favor of the 8th anniversary Mi 8. That and more will be revealed in few days time.

Next Xiaomi Mi 8 price leaked ahead of its official announcement