Yesterday, as planned, the Taiwanese smartphone maker, HTC announced its only flagship for 2018 in face of the HTC U12+. This is also the first Snapdragon 845-powered phone of the manufacturer. Externally, there are not many changes in comparison to the HTC U11. It still continues the sleek exterior design style of the previous-gen flagship. But under the hood, the company has organized an overhaul. Plus, the selling point of the U12+ is considered to be the camera. Today it became known the DxOMark. Honestly, we are surprised. 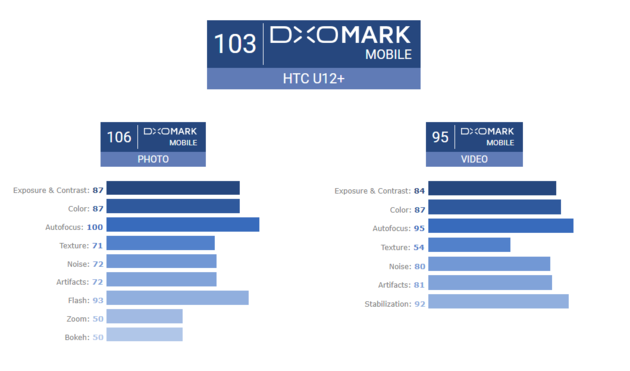 The HTC U12+ is packed with a 12MP+16MP rear dual-camera on the back. The main wide-angle sensor comes with a f/1.75 aperture, while the second telephoto sensor uses a /2.6 aperture. This camera is capable of achieving 1.85 – 2x optical zoom and up to 10x digital zoom. Of course, it can shoot 4K videos at 60fps, 1080P at 240fps slow-motion videos, and supports OIS.

The camera features are outstanding. And it can struggle with any top-branded smartphone coming with strong photography capabilities. This is not an assumption only. The camera’s strength was also confirmed by DxOMark. It has got 103 points, which exceeds the Huawei P20’s 102 points. So it turns out we’ve been talking about the most powerful dual-camera handset available on the market. 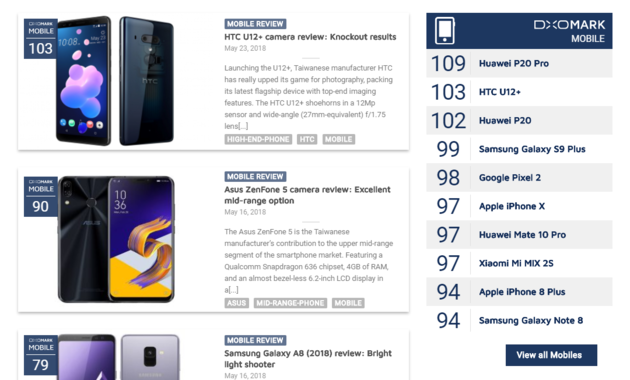