It appears Vivo is working on a new smartphone outside the Vivo Apex/ Vivo Nex which is expected to debut on June 6. Today, an unannounced smartphone from the phone maker has visited the Geekbench site revealing a few of its internals.

Bearing the name/ model number Vivo 1802, the new device is seen running Android 8.1 Oreo mobile operating system with an Octa-core 2GHz MediaTek MT6765 SoC, and what is more interesting, the said SoC hasn’t been announced as of now, but there are indications it may get announced in no distant time. Earlier this month, a Xiaomi device named Xiaomi Cactus was spotted on the GeekBench with the same unannounced SoC.

Aside from its 4GB of RAM,  a single-core score of 828 and multi-core score of 3610, nothing else were mentioned in the GeekBench listing, but we hope to find out more about the Vivo 1802 as it advances through the TENAA certification process, as more leaks or hopefully an official announcement comes. 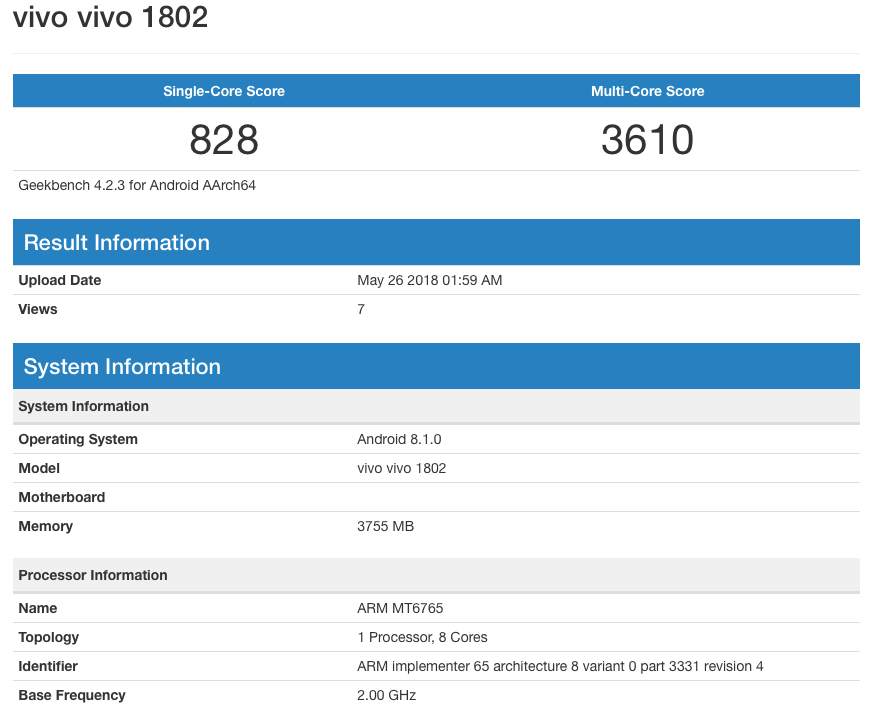 Previous ELEPHONE celebrate as they open their own factory in Luzhou

Next Xiaomi Opens A Flagship Store In Nanjing