No much time has passed since Huawei released the latest MediaPad M5 tablet, but apparently, the company still have another product to release in a near future. Today, a new Huawei tablet was spotted in the realms of FCC with model number d-02k, this tablet is mentioned as “Huawei MediaPad M5 wp” in the certification documents.

Unfortunately, the FCC department didn’t reveal much about the key features and specifications of the newest tablet from the Chinese Behemoth, thankfully we have a glimpse of the device schematics as well as some minor details about it. 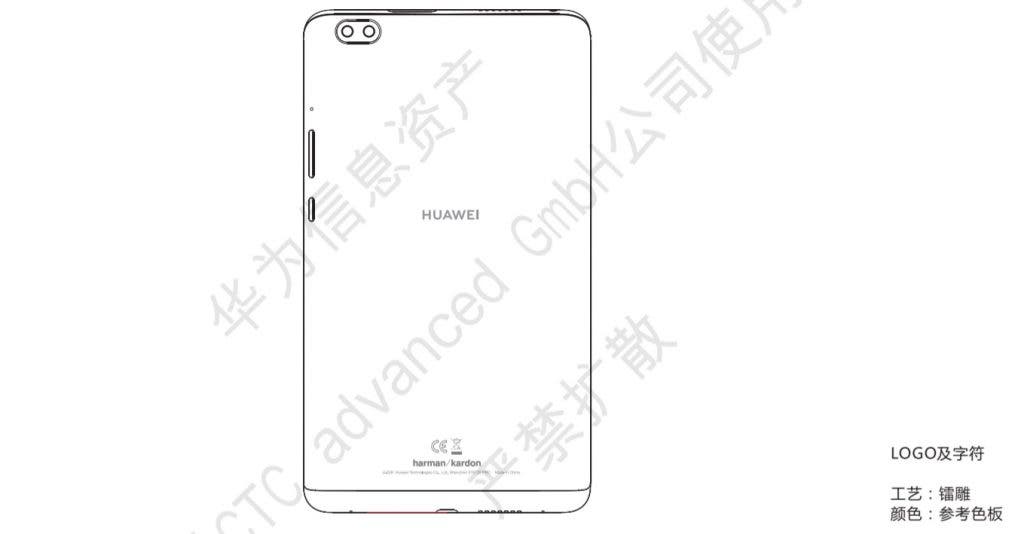 If we have a closer look at these concept images, the first thing that you’ll take notice is a dual setup on the tablet’s rear. If we take a conclusion based on the current trends and smartphones design, of course, we would say that this is a dual camera setup, however, this wouldn’t make much sense in a device? So we believe that the second hole is nothing else than a LED flash for helping the main camera at low light conditions. 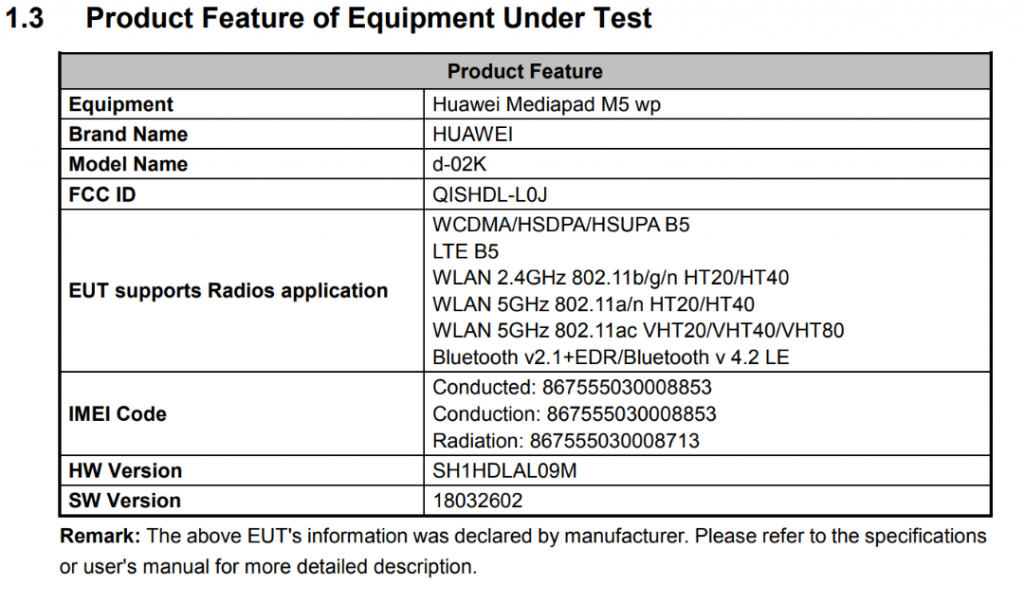 The other details that we can pick from the FCC’s diagram are the presence of Dual Stereo Speakers with Harman Kardon technology, making this a good device for media content. Also, the device counts with a 3.5mm headphone jack, microSD card support, micro USB port. Lastly, but not least, connectivity will be ensured by Dual Band Wi-FI, LTE and Bluetooth 4.2 LE.

We can’t estimate when this new MediaPad device will arrive, but considering that going through certification processes are the last steps taken by a manufacturer before releasing a new handset, we can conclude that the Huawei Media M5 WP variant will launch soon.