Not long after the  LG V30S ThinQ became available for sale, LG has today announced a new update to its phablet LG’s V-series dubbed the LG V35 ThinQ. The device in terms of design is more or less the same as the V30S and V30 but packs virtually the same internals as the notched LG G7 ThinQ, albeit a larger battery capacity, more RAM, and larger display.

First, the LG V35 ThinQ is made of a Gorilla glass back, and that means it supports wireless charging, and much like other flagship grade LG phones, the V35 ThinQ features IP68 water-resistance.

On the flip side, the latest V35 ThinQ retains the exact camera setup on the LG G7 ThinQ –  a pair of 16MP cameras, one with a standard 71-degree angle with f/1.6 aperture, and a second one using the 107-degree wide angle sensor with f/1.9, while a single 8MP 80-degree sensor with f/1.9 aperture sits above the display. The device, unlike the G7 ThinQ, has no dedicated power button, the rear fingerprint handles that.

In addition to the AI Cam which is only present in the flagship G7 ThinQ, the LG V35 thinQ also gets features such as the Portrait Mode and Manual Mode, which allows you to adjust settings like ISO, exposure, white balance, and so on. It supports 4K video recording at 30 frames per second, and slow-motion video at 240 frames per second in 720p. 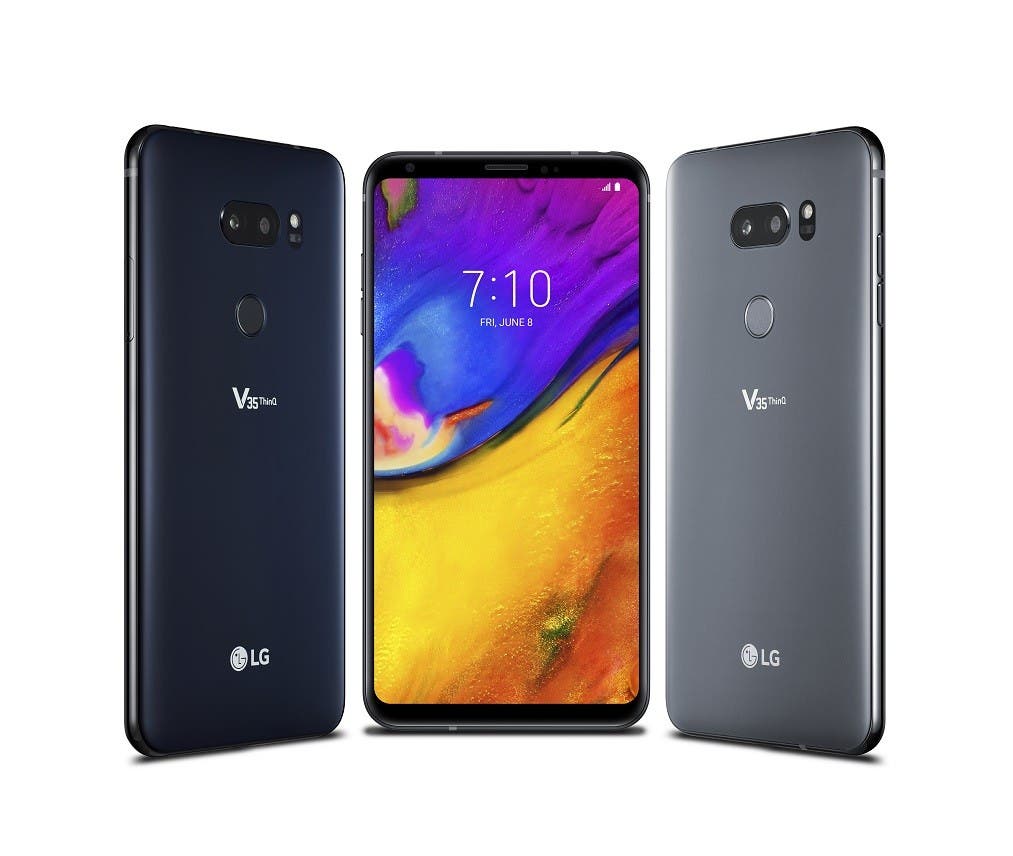 The LG V35 ThinQ will be available for pre-order from AT&T and Google’s Project Fi from June 1 and goes on sale from June 8. Pricing and availability outside of the state are yet to be announced.