The latest release of LG to feature high-quality sound was the LG G7 ThinQ since the new approach is bringing good results for the South-Korean manufacturer, they are aiming to capitalize this feature even more on the ThinQ smartphones. 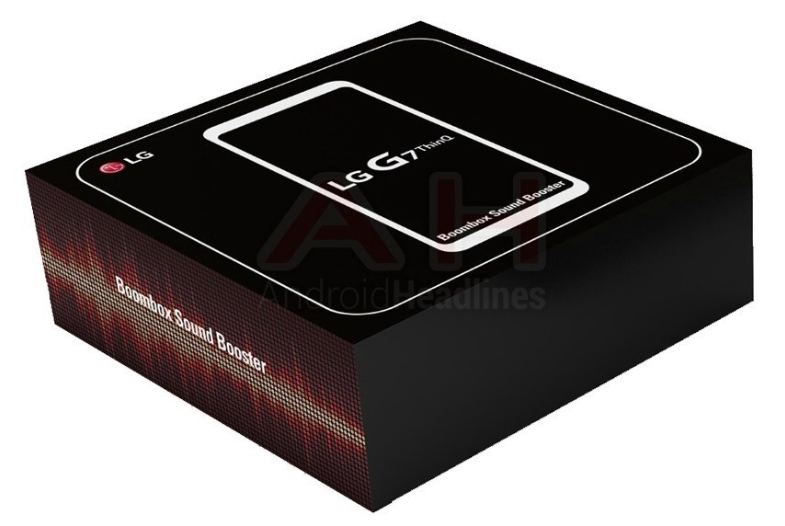 A new set of pictures got leaked by the folks at Androidheadlines, revealing a new accessory called BoomBox Sound Booster. Apparently, this accessory will extend the LG G7 ThinQ sound capabilities. The user will simply need to put the flagship device inside the box, after this, the LG G7 ThinQ owners will start to hear the boost in the sound quality as well as a much-improved bass and volume.

This new accessory seems to be part of a new LG strategy that will focus on this specific niche market. In the past the South-Korean manufacturer has stated that the audio volume of smartphones can be improved by placing the Lg G7 ThinQ down on a flat surface, meaning that not everyone will be investing in a standalone accessory to expand the sound capabilities. However, seems that the company will now be bringing the BoomBox Sound Booster to expand the quality for those who aren’t satisfied with the above hint.

At the moment it’s impossible to estimate when the LG’s newest accessory will arrive the markets across the globe, however, considering how young their latest G7 ThinQ smartphone is, would be an interesting choice to launch the accessory in the upcoming weeks as a good marketing choice. We are curious to see the price of such accessory, how much would you pay for the BoomBox?