Apple has long been tipped to debut three iPhones this year. Amongst them is a cheap 6.1-inch LCD version that wouldn’t cost an arm and a leg. The other two include a 5.8-inch like the original X and an oversized one with a 6.5-inch display. These two would be expensive and also not skip on the premium features like an OLED display. The launch is supposed to take place sometime in September but a 3D design of the 6.1-inch iPhone has just appeared online.

The leak is brought by SmartPrice in collaboration with Onleaks who regularly comes up with these 3D CAD renders. This design is created based on what concrete info about the device there is so far. If you take a glance at the design, you’ll notice that not much has changed from last year, except the dimensions slightly. It is thicker at 8.3mm while the original iPhone X is 7.7mm. Obviously, the 6.1-inch iPhone is also larger at around 150.9mm tall by 76.5mm wide. 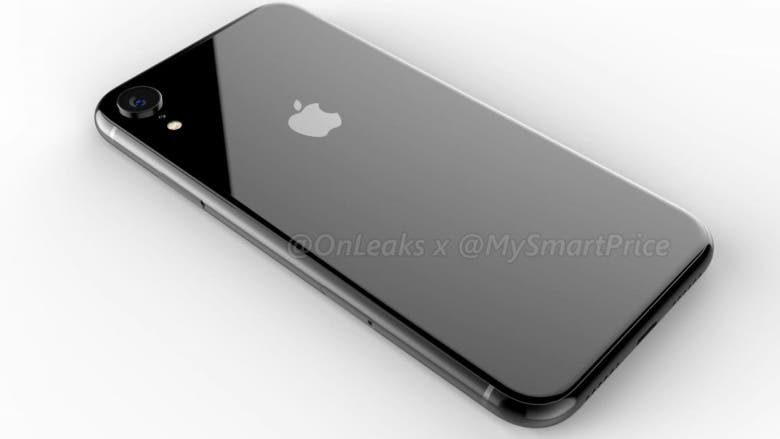 You’ll also see that Apple will be cutting corners not only in terms of display tech but camera as well, The 6.1-inch iPhone procures a single camera at the back. Moreover, Apple will be axing 3D touch from the handset, if reports are to be believed. There’s a glass back here so there could be wireless charging or there could be not. Apple is also expected to introduce an A12 chip to succeed the A11 Bionic chip this year.

Do note that there’s no idea what Apple might name these three new models when they launch probably in September. As for the 6.1-inch variant, it could even take more time.