Huawei is devoted to the strategy of launching multiple phones with identical design and features for various markets. Say, the current flagship of the Honor series is the Honor 10. But it is going to launch a new handset named the honor 9i in a couple of days. Today, the manufacturer opened the appointment for this handset. And though it doesn’t reveal everything concerning this model, some information can be grabbed from it. 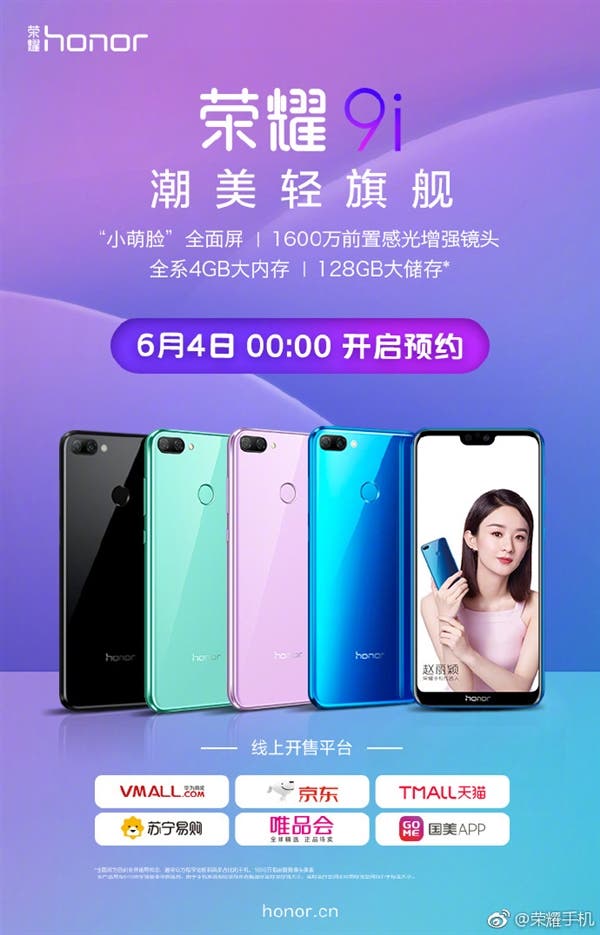 The Honor 9i will be uncovered on June 6 in Beijing University Stadium. It is a stylish smartphone with many trendy features, but there is nothing common with the top-end Honor 10. So it should be competing with other models. The Honor 9i uses the much-popular notch screen design, a double-sided glass + metal frame combination, a horizontally arranged dual-camera on the back, and a rear-mounted fingerprint scanner. The dimensions are 149.2 x 71.8 x 7.7mm and it weighs 152g.

In terms of shooting features, the Honor 9i will come with a front camera using a 16MP photosensitive lens, while a 13+2MP dual-camera is placed on the back.

Looking at these features, we can assume the phone is aiming at younger customers. Therefore, it will be priced affordably.