In recent times, smartphones that support NFC (Near-field Communications) has become a big deal in the smartphone industry. This technology is not entirely new but it appears that smartphone users have begun to see its relevance. Mobile phones that support multi-functional NFC can be transformed into bus cards, access cards, work cards, cafeteria cards, etc. Xiaomi has spared no effort in promoting NFC. According to the data released by a Xiaomi CEO, Lei Jun, as of now, 10 Xiaomi smartphones supports NFC and Xaomi bus is supported in 167 cities. 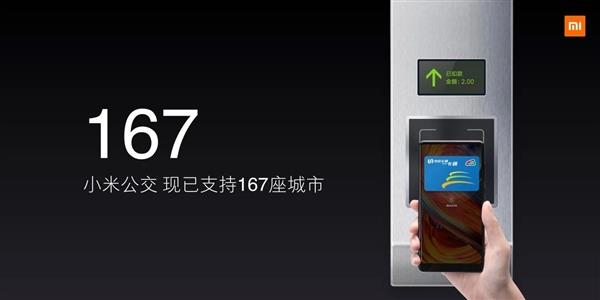 On April 9, 2013, Xiaomi released its first NFC-enabled smartphone, Xiaomi Mi 2A. Subsequently, the company released Xiaomi Mi 3, Mi 5s Plus, Mi Note 2, Mi MIX, Mi 6 and other models have joined the NFC crew. With the release of Xiaomi Mi 8, the Xiaomi NFC family has one more member. 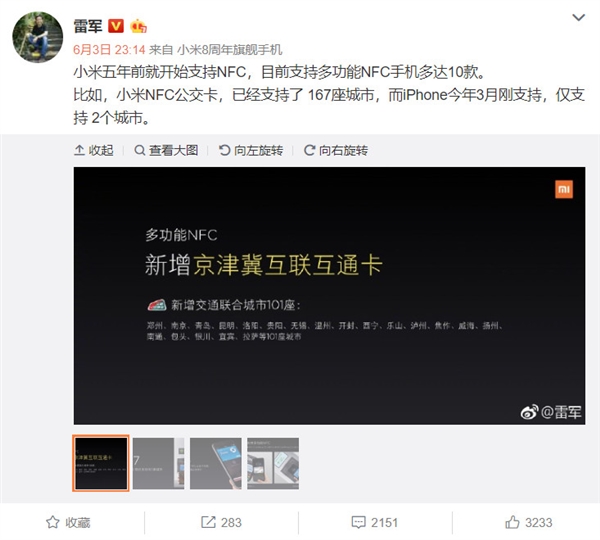 A few days ago, Lei Jun said on Weibo that Xiaomi began to support NFC five years ago. Currently, there are as many as 10 Xiaomi smartphones that support multi-functional NFC. “For example, the Xiaomi NFC bus card is already supported in 167 cities, and the iPhone just supported it in March this year in only two cities .” Lei Jun said.

Next Huawei Opened the Appointment for Honor 9i