Uptill now, there’s been just one render of the flagship Find X phone that has now been officially teased by the company. That render is just a leak and looks fishy because of its triple camera setup. However, there’s a new set of images that hit the Internet just today after alleged specs were outed yesterday.

This new set of images looks much more realistic with a dual camera setup at the back of the Find X. From the looks of it, the back does appear to be glass-plated with a subtle square design pattern. 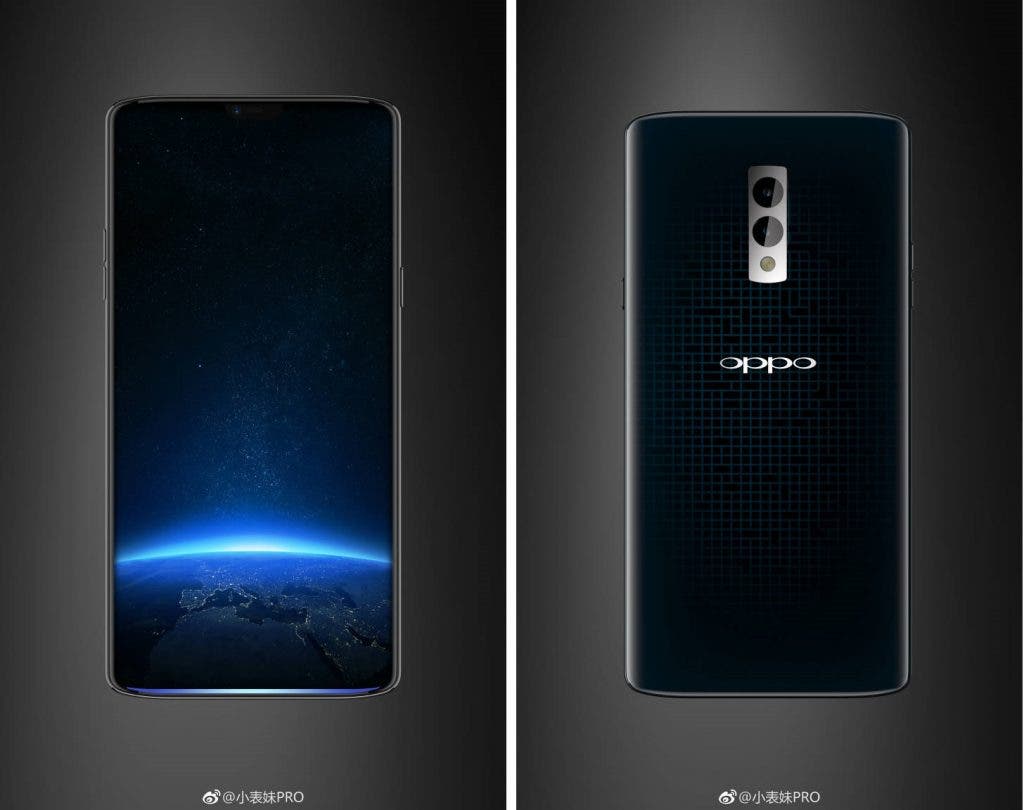 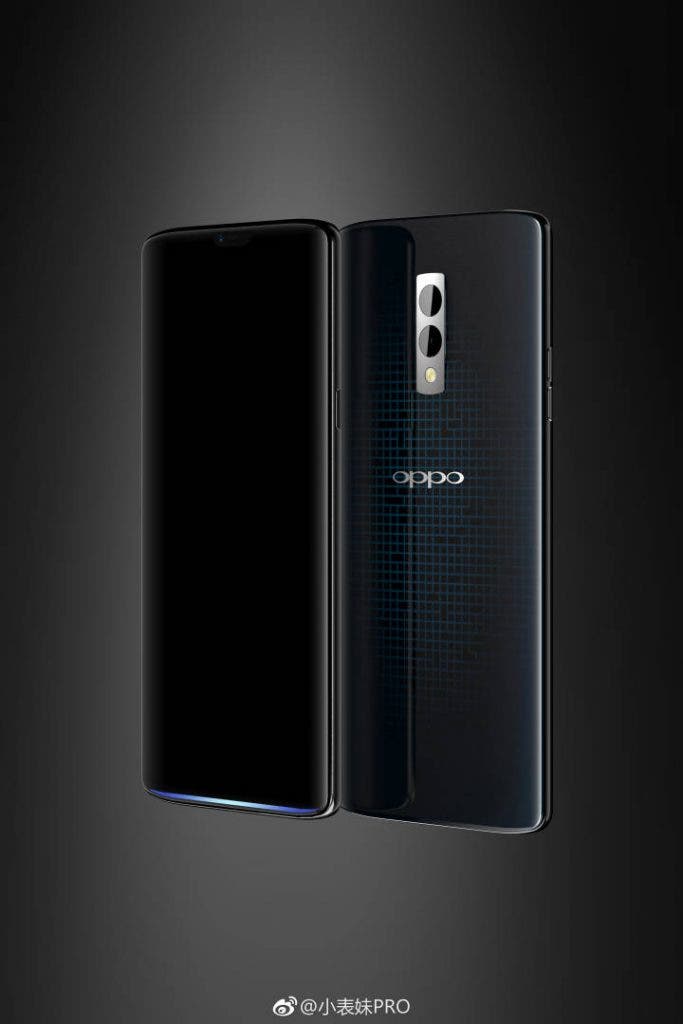 The front seems to have the same notch design we’ve seen on the Oppo F7 or Oppo R15. However, the addition of the skyline notification light at the bottom of the phone is something new. This was a signature of the Find 7 and it was quite unlike any other we’ve seen before. A common thing between this render and the previous one is the absence of a visible fingerprint reader. This would indicate an on-display sensor which is now quite doable and realistic for the flagship.

As for the previous specs leak, the Find X could feature a massive 6.42-inch display with 2K resolution. The last leak also pegged the handset to support 3D facial recognition. However, the small notch doesn’t indicate the same. At least one leak has pointed to the Super VOOC charge technology being present on the phone, as is the 5X lossless optical zoom.
If these specs are anything to scoff at, the Find X will be a great addition to Oppo’s stable. It is still a bit early to say something concrete though. That will change as the company teases features of the handset or a more legit live image is received by us.