Tomorrow, the Lenovo Z5 with an alleged true full-screen design will debut. But it will carry the title of the ‘true full-screen’ smartphone only a week. As you are aware, another device with a similar design, the VIVO NEX is going to launch on June 12. There have been a few warp-up posters hinting at various outstanding features. The one released today shows our protagonist will use a pop-up front camera approach. As the slogan claims, this technology will break through the stereotypes concerning the front cameras. 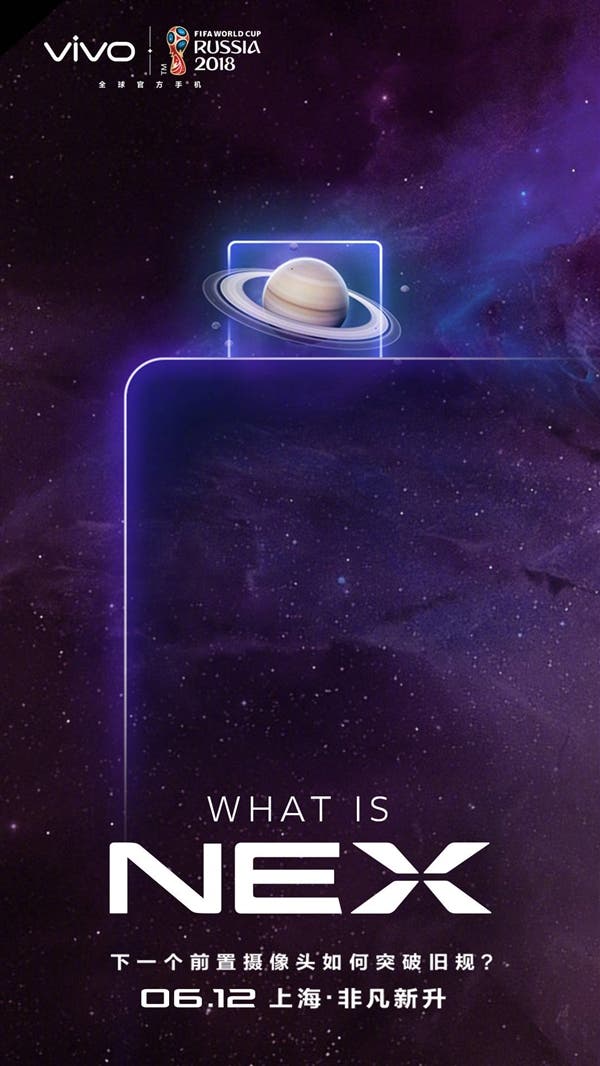 The screen ratio will exceed 98% on the VIVO NEX. The latter is the refined variant of the concept model introduced at the MWC 2018. In comparison to the VIVO APEX, this handset comes with rounded corners but continues using a true full-screen design. As a result, the front camera is hidden in the top part. It will pop up when in use and hide when not.

As for hardware, initially, it was said the VIVO NEX will be packed with a Snapdragon 845 chip. But previously we have heard there will be two-three models from this series. The highest variant should come with an SND845, as assumed. But the next two should be packed with a Snapdragon 710, which has been released just recently. The first phone with this SoC onboard is the Xiaomi Mi 8 SE, by the way.

Well, a few days have been left before the launch of the VIVO NEX smartphones. So on June 12, we’ll get all the answers. As for now, we should write down the NEX will be one of the first true full-screen smartphones coming with no bands, chin, borders, etc.