The upcoming Vivo X Fold smartphone’s awe-inspiring design has surfaced online before launch.in the form of a leaked schematic. Earlier this month, a report indicated that Vivo is working on its first foldable phone dubbed the Vivo X Fold. However, Vivo is still mum on its plan to unveil its maiden foldable phone. Despite the lack of an official confirmation, past leaks claim that the first Vivo foldable smartphone will launch in China this year.

Vivo’s first foldable smartphone is likely to carry the Vivo X Fold moniker. Moreover, the foldable device could go official later this month. Regrettably, the Chinese technology company has neither confirmed nor denied these speculations, which should be taken with a grain of salt. In the meantime, the Vivo X Fold has made an appearance online, giving us a glimpse of its design schematic even before its official unveiling. Noted leaker Digital Chat Station shared the Vivo X Fold design render in a Weibo post.

Another popular Abhishek Yadav later shared the same design render on Twitter. Aside from the Vivo X Fold design schematic, key specs and other details about the upcoming foldable phone have been making the rounds online lately. Moreover, the Vivo X Fold will reportedly lock horns with the likes of the Oppo Find N and the Galaxy Z Fold 3. After hitting the store shelves in China, the handset will probably head straight to the global market. However, details about the device’s exact launch date are still scarce.

Nevertheless, the Vivo X Fold design schematics give us an idea about what the maiden Vivo foldable phone could offer in terms of outward appearance. First off, the phone’s cover screen appears to have a hole-punch cutout at the top center. Furthermore, the device’s right edge features a curved edge to deliver a superior viewing experience. On the downside, the Vivo X Fold design schematic does not showcase the inner display. However, past leaks claim that the foldable display will have a hole-punch cutout at the top right half. 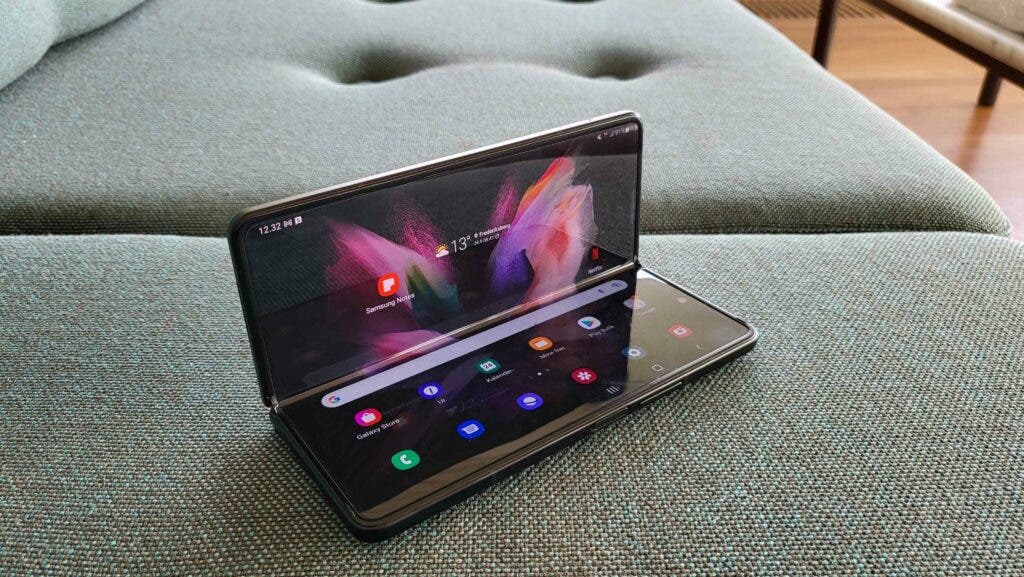 Aside from that, there’s a mammoth rectangular block on the back to accommodate a circular camera module. Furthermore, this circular camera module has four huge cutouts, including one which appears to be for a periscope lens. The X Fold is likely to feature a rear main camera. Moreover, it will have an ultrawide lens, and a portrait/ telephoto lens on the back. Also, a couple of tiny cutouts, possibly for the sensors and the microphone can be seen in the leaked design. Interestingly, the LED flash is not inside the camera module.

Last month, a report suggested that Vivo is prepping to unveil more X-series smartphones, including one with the Vivo X Note moniker. In addition to that, the handset could come with a Snapdragon 8 Gen 1 SoC. Also, it sport a 6.5-inch OLED display with Full HD+ resolution. Moreover, there could be an 8-inch screen inside, providing QHD+ resolution. The foldable screen will reportedly offer a 120Hz refresh rate.