At the beginning of this year, a concept phone called the VIVO APEX was announced. It has nearly 100% screen ratio (some sources mention 98%). At the same time, this amazing handset comes with a half-screen fingerprint and pop-up camera. Unfortunately, VIVO has officially announced the APEX had not been one into a mass production. But there were other rumors claiming another full-screen smartphone with this brand had gone into production. That handset is called the VIVO NEX. This morning, @Ben Geskin showed a photo with both handsets that caused a huge stir around it. 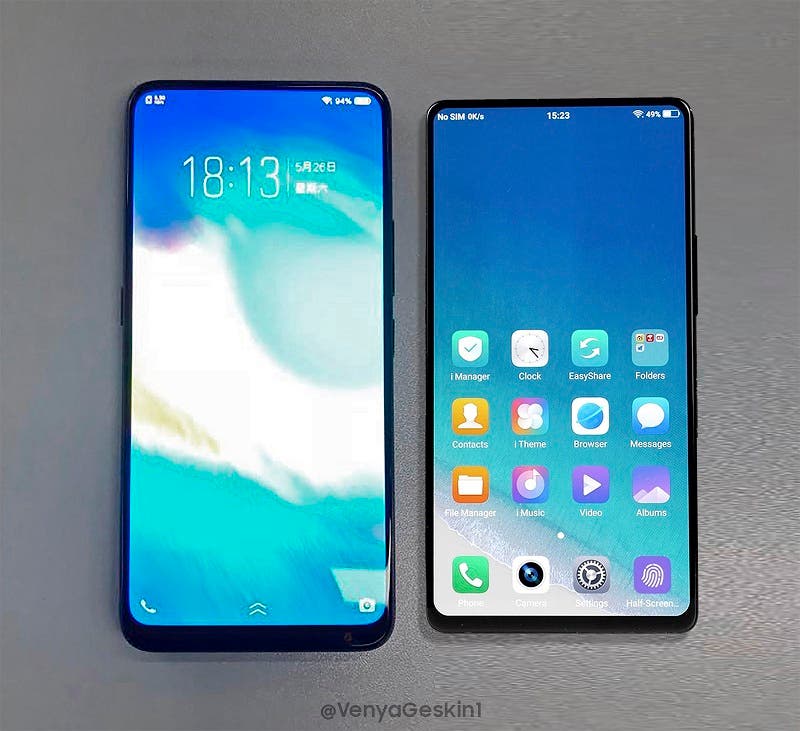 In the photo, the VIVO NEX is on the left. It uses a design similar to the VIVO APEX concept machine. The screen proportion is very high, but it looks quite different. Say, the VIVO NEX sports a larger screen; the corners are more rounded, but the chin is wider. We can also notice there is a lens placed on the lower right corner just like the Xiaomi Mi MIX 2s.

The latter caused a lot of complaints. Many customers have been saying they wouldn’t buy this phone if the front camera is placed there. But there was a group of commenters that came in with an interesting idea. According to it, this camera should be used for face unlocking operation only. While the main front-facing shooter will use the same pop-up design. 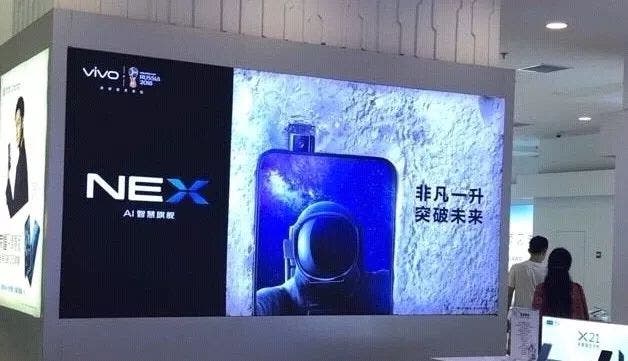 This is quite a logical approach, especially when taking into account the leaked posters and pictures of the VIVO NEX. Anyway, we have to wait for this handset for about two weeks. The launch conference is set on June 12.