A famous Weibo tipster said today that a new VIVO phone with a model V2170A obtained 3C certification. According to the blogger, it should be the forthcoming VIVO NEX 5 handset. The latter ought to boast a large 7-inch screen and sport the flagship Snapdragon 8 Gen 1 processor. If so, we are dealing with the largest-screen smartphone powered by the most powerful Snapdragon 8 chip.

It is worth noting that this is the first time that VIVO will update the NEX series product line after 2 years. Let’s recall a few facts about this series. On June 12, 2018, the company announced a new smartphone line based on the APEX concept phone. The first-gen VIVO NEX S began a new era of full-screen smartphones. Like the Xiaomi MIX lineup, the NEX models were warmly met by users who were looking for genuine full-screen smartphones.

The VIVO NEX cleverly hides the camera inside the fuselage through the pop-up mechanical structure. When users need to take selfies or make video calls, the camera will lift. And once they don’t use it, the camera will hide again. At that time, because of technological obstacles, this was the only way to realize a full-screen smartphone design. So it was logical to see how various brands adopt this approach.

After the first generation of the VIVO NEX, in the same year, the company released another model from this series, namely the VIVO NEX Dual Screen. As the name implies, it was using two displays on each side. And the side with a smaller size screen was also housing the camera module. However, we should say that this type of smartphone has never been accepted by users. 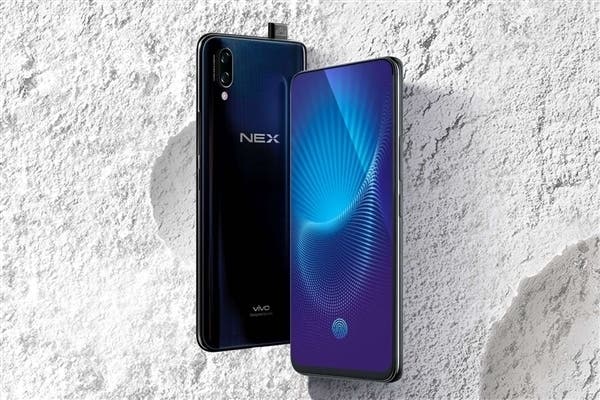 A year later, the series ushered in its third generation. The VIVO NEX 3 was the first phone to use a waterfall screen. The screen ratio reached an unprecedented 99.6%. In fact, the company returned the same approach as the first generation. But this time the lifting structure was moved to the middle.

As for now, the VIVO NEX 5 is going to hit the market. Unlike the VIVO NEX and NEX 3, the new model seems to return to the mainstream punch-hole screen solution. The screen resolution should reach 2K+, while the refresh rate will be 120Hz.

This means that in 2-3 years, the company couldn’t find a better solution for its innovative series. That’s why it has to use a design that can’t be attributed to a comprehensive screen.

However, to somehow fill the gap, the company has decided to improve other areas. According to previous leaks, the VIVO NEX 5 will have an outstanding camera and provide effective heat dissipation.

We are waiting for the phone to appear in the market in March.