Motorola launched the 2018 version of its popular G series in April. The refreshed series comprised of three models, the Moto G6 Play, the Moto G6, and the Moto G6 Plus. Now, Motorola has introduced the former two in the Indian market today. We’re not sure as to why the company did not launch the highest-end variant in India, but that’s what they have done.

The Moto G6 Play is for the entry-level users that want huge battery. The handset resembles the Moto X4 as do the other two G series variants. They boast of a slim glass back build and is one of the highlights of the series. It is powered by the battery-sipping Snapdragon 430 SoC coupled with 3GB of RAM and 32GB of storage. The G6 Play has a single 13MP rear camera and a 5MP front shooter. The massive battery is the UPS of the handset that comes with Android 8.0 Oreo tucked inside the storage. 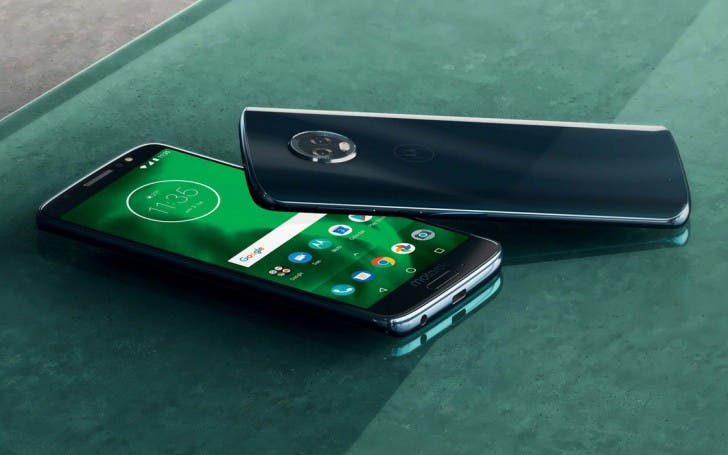 The Moto G6 steps it up a bit in terms of internals. It is fueled by a slightly better Snapdragon 450 chip and has a 5.7-inch screen. This is the same as the Moto G6 Play, however, it has Full-HD+ resolution as opposed to HD+ on the G6 Play. Needless to say, this is an 18:9 aspect ratio.

The Moto G6 rocks dual cameras – a 12MP (f/1.8 aperture) + a secondary 5MP depth sensor. The front selfie shooter is also a sizable upgrade with a 16MP sensor.
It has a 3,000mAh battery with USB Type-C, and a bundled 15w charger (also with Moto G6 Play). Of course, this also runs almost pure Android apart from minor tweaks done by Motorola.