Since 2014, Xiaomi has been launching smartbands every second year. The second-gen Mi Band 2 helped the manufacturer to become one of the leading brands in the niche. That’s why many users have been waiting for the third-gen model eagerly. On May 31, as planned, the Xiaomi Mi Band 3 was released. It comes with a refined design and enhanced features. But the pricing still remains quite attractive, 169 yuan. We have already informed where you can put your pre-orders on. Tomorrow, the Mi Band 3 will ship. And today, the manufacturer officially announced its pre-orders exceed 610.000. 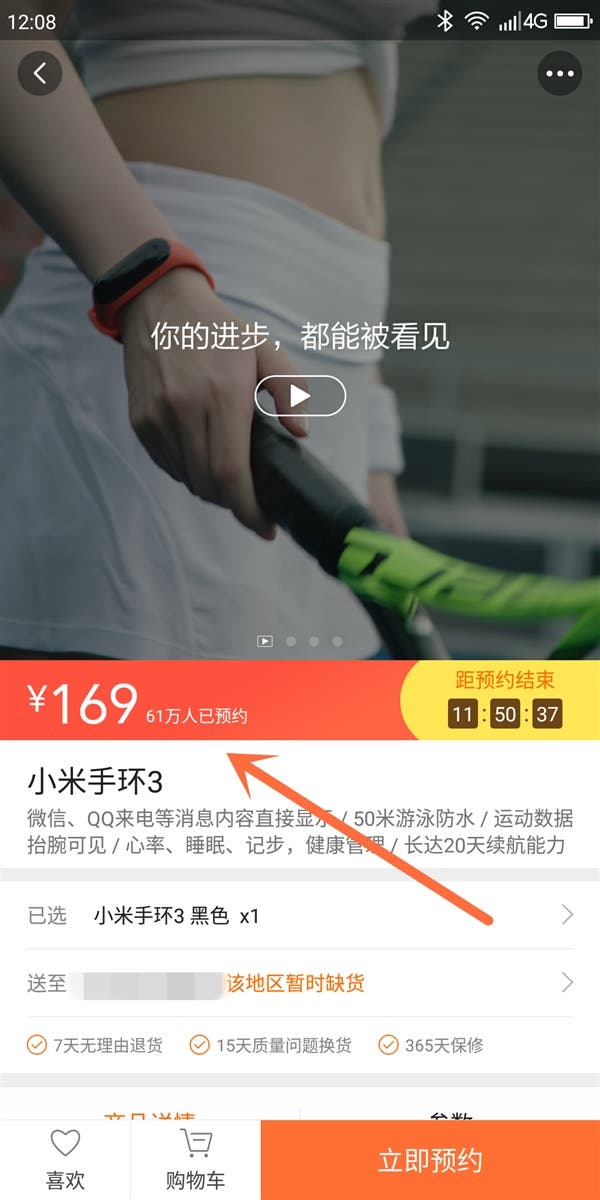 The Xiaomi Mi Band 3 comes with an enlarged 0.78-inch OLED display with a 128×80 resolution and a 193PPI pixel density. Thanks to a higher recognition rate, it is easier to read, and the touch response time has been improved as well.

Our protagonist sports an elegant drop-shaped appearance. The straps are made of thermoplastic elastomer material, which is considered to be one of the most skin-friendly materials out there. Plus, it comes with ISO-10993-5/10 biocompatibility and European RoHS environmental certifications. Apart from this, the Xiaomi Mi Band 3 has a 5 ATM waterproof rating. Thus it can be worn when swimming and surfing with no worries, as it can be immersed in the water up to 50 meters.

The next enhancement is the sports auxiliary screen. Under the sports mode of Xiaomi Sports App, it can open any of the four types of activities such as outdoor running, indoor running, outdoor riding and walking. At last, the Xiaomi Mi Band 3 comes with an independent reminder chip, which means it will remind about the set events even if the phone is far from it. Second, there is a 110mAh battery, which provides up to 20 days of a lifetime on a single charge.