Xiaomi updates its smartband line every two years. In 2014, Xiaomi announced the original Mi Band, which was capable of providing some common. It was priced at 79 yuan. In 2016, the manufacturer came in with the Mi Band 2 with a built-in 0.42-inch screen and many enhanced features. It was sold for 149 yuan. On May 31, at a special event, where too many flagship products were announced, the Xiaomi Mi Band 3 debuted as well. Xiaomi’s wearables have been designed jointly with a Xiaomi eco-chain enterprise Huami Technology. The Mi Band 3 has to continue these traditions. It’s already out and you can get it right now at $31.00 on Banggood. 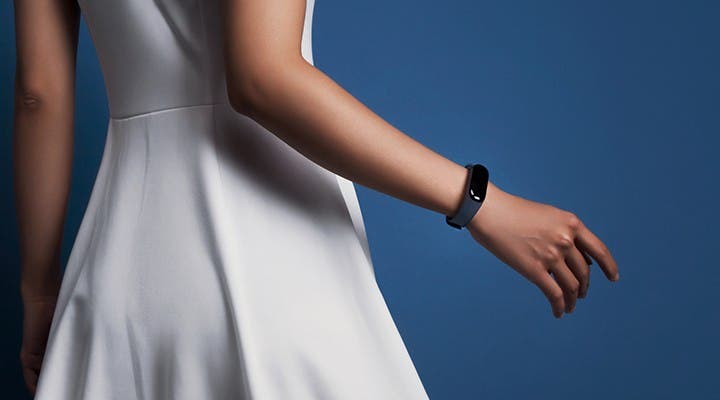 Our protagonist sports a 0.78-inch OLED display with a 128×80 resolution and a 193 PPI pixel density. This screen has a higher recognition rate. So, it is easier to read, and the touch response time has been improved a lot.

The Xiaomi Mi Band 3 uses an elegant drop-shaped appearance. The straps are made of thermoplastic elastomer material. It’s one of the most skin-friendly materials out there. The product has also got the ISO-10993-5/10 biocompatibility certification and European RoHS environmental certification. Plus, we are dealing with a smartband that sports a 5 ATM waterproof rating. Thus it can be worn when swimming and surfing with no worries, as it can be immersed in the water up to 50 meters.

In addition to the common data shown on the Mi Band 3, there is a sports auxiliary screen. Under the sports mode of Xiaomi Sports App, it can open any of the four types of activities such as outdoor running, indoor running, outdoor riding and walking. 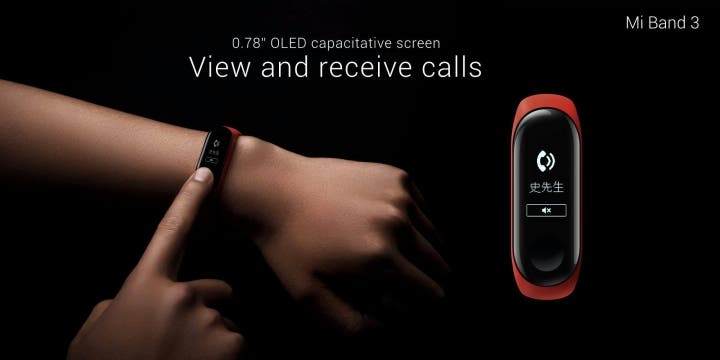 At last, there are two outstanding features we should pay attention to. First, the Xiaomi Mi Band 3 comes with an independent reminder chip, which means it will remind about the set events even if the phone is far from it. Second, there is a 110mAh battery, which provides up to 20 days of a lifetime on a single charge.

Next 6.5-inch iPhone 2018 leaks in clear pictures and video