This notebook is equipped with an AMD Ryzen R5-2500U processor and a Radeon Vega8 GPU. Its highest power consumption is 25W, Turbo frequency up to 30W and it is equipped with a 2400MHz 8GB DDR4 dual channel RAM. 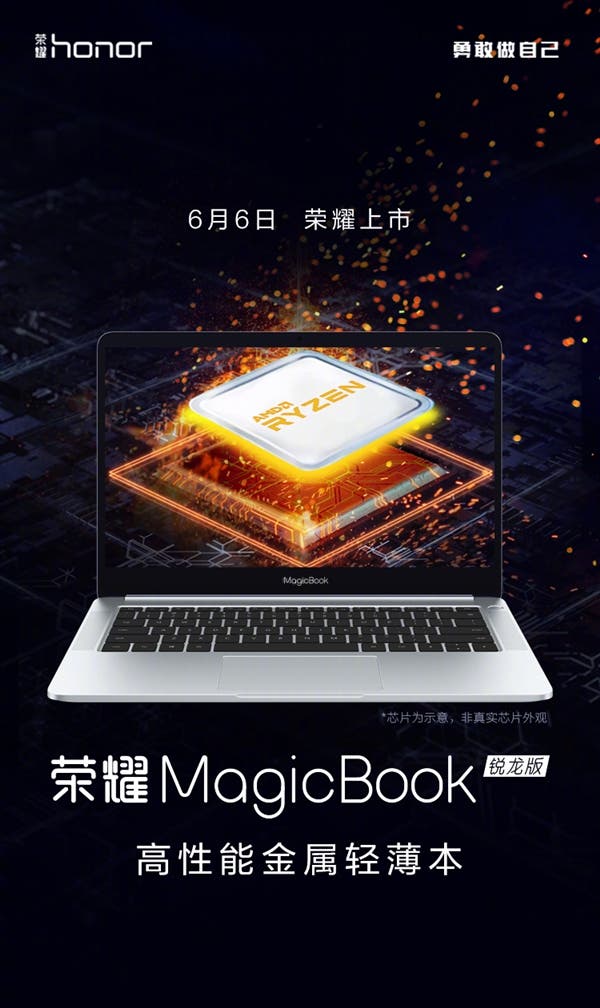 The Honor MagicBook Ruilong Edition is designed to withstand heat. From the official description of the thermal performance of this notebook, it uses a specially designed fan casing which has a concave design. This increases the amount of air that goes into the system. The fan adopts a Copper shell pattern which better discharges heat. The hidden air outlet at the shaft allows the hot air to dissipate unknowingly.

In addition, the Honor MagicBook has 2 x 2 MIMO dual-antenna Wi-Fi and a 360-degree interference protection inside the fuselage which can effectively capture signals and increase network speed. According to an Honor official, the company tested more than 200 Wi-Fi routers on the market and this notebook gives a good wireless connection compatibility. As of now, not much is known about the Huawei Honor MagicBook Ruilong Edition but the company seems to be very confident with the work it has done with the cooling and WiFi performance.