Two new trademarks concerning the Find series have been unearthed and posted online today. The said trademarks are for a Find N & Find S handset that could be variants of the Find X launching in two weeks time. Oppo just revealed the Find X will get a global stage launch in Paris on June 19th.

The Find N, Find S monikers were found by 91mobiles via TMview which is a website that tracks trademarks. Obviously, there isn’t anything we know about these two devices or even if they actually exist. But the case is similar to the Find X moniker that was trademarked prior to the official teaser of the phone. 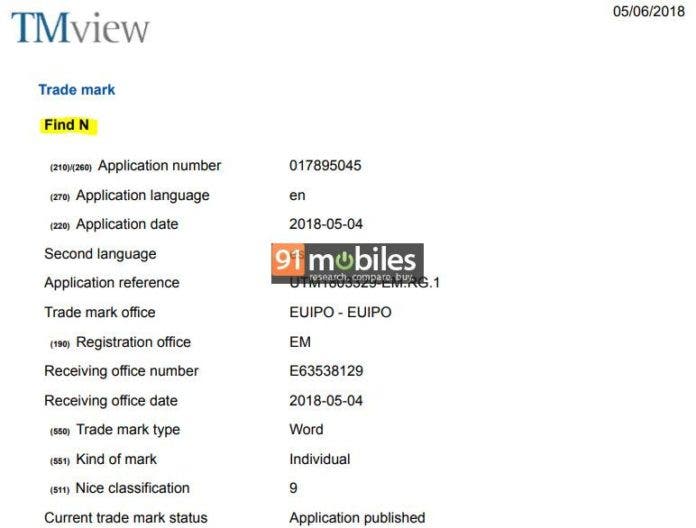 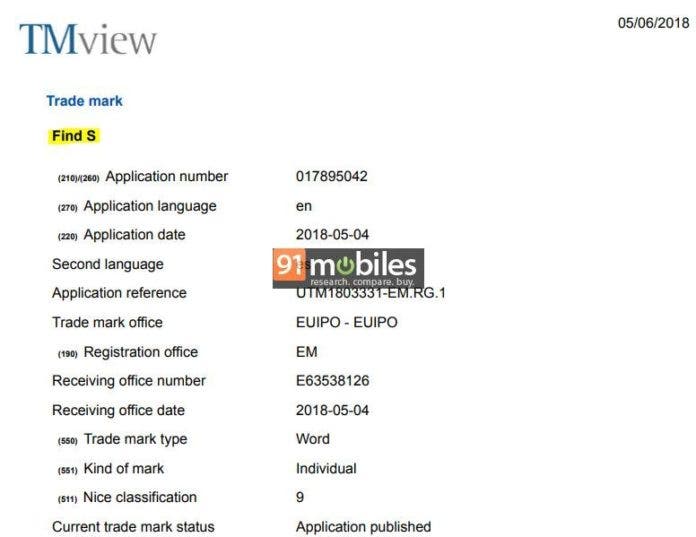 Looking at the past Find flagship, the Find 7, we know that Oppo launched two variants and they differed a lot. There was the Find 7, a true flagship, and a Find 7A, which was a watered-down version of the Find 7. It is possible the same could happen here with the Find X. However, nothing is confirmed regarding the Find X flagship save its launch date.

Coming straight from the rumour mill, the Find X could feature the long-elusive Super VOOC charge tech, 5x lossless optical zoom, 3D facial recognition and maybe on-screen fingerprint reader. Since the launch is two weeks apart, we expect some more info to trickle in either from official or unofficial channels. When that happens, we’ll be sure to let you know.

Next Xiaomi Mi A2 exists, will be launched first in Taiwan, says an exclusive report