Motorola is all set to launch a new device today, and going by industry opinion, it should be the Moto Z3 Play. The event is scheduled to take place in Brazil. While Motorola has remained very tight-lipped about the event, leaks have painted a very comprehensive picture of the modular phone. Here’s the gist of it.

Design-wise, you’re not likely to get surprised if you’ve seen the Moto Z2 Play. However, Motorola is widely believed to have shifted to a power button embedded fingerprint sensor. Also, you’ll get an 18:9 display this time and also dual cameras. 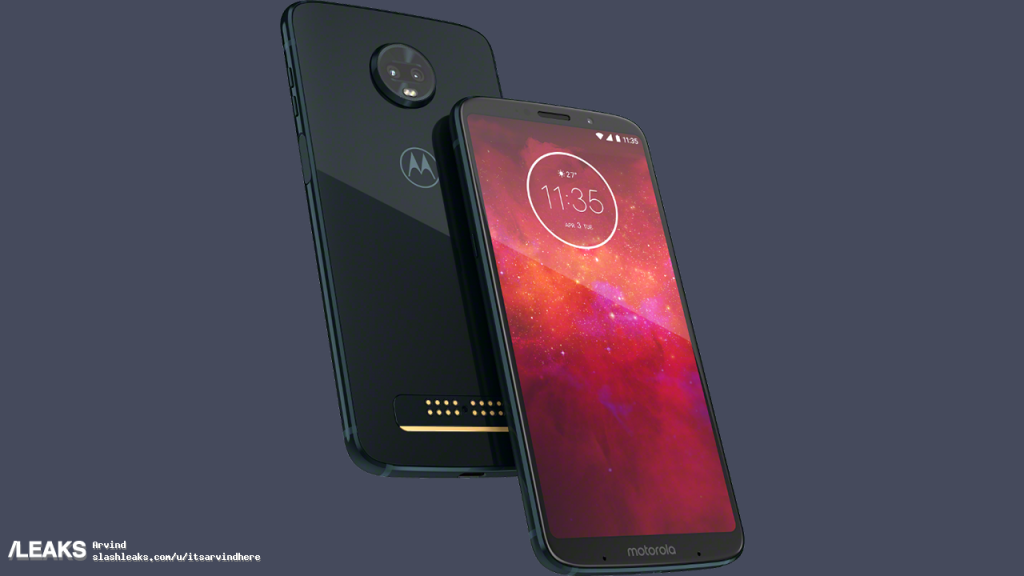 The Moto Z3 Play has had some benchmarks encounters as well thus giving away its inside story bit by bit. Expect 6.0-inch Full-HD+ AMOLED displays, Snapdragon 636 chipsets, and 4GB + 64GB of familiar RAM and storage combinations.

Moto doesn’t stuff the Z Play models with big batteries to maintain a slim form-factor. It is thought to be 3,300mAh capacity with TurboCharge of course. Also, 4G LTE, USB Type-C, and a 3.5mm headphone jack will also be on the premium handset.

On the other hand, Motorola just wrapped up its Moto G6 launch in India two days back.
The rear will have a dual lens setup or sure. but what types of shooters will these wins be is not yet known. There is also word of a 5G Moto Mod thought to debut with the phone. This is just one we know of although we won’t be surprised to see some other types of Mods too.