Xiaomi has today announced o Weibo that the Redmi 6 series is coming on June 12. That means we’re just six days away from the launch of the Redmi 5 successors. The company had issued a statement yesterday that they would be coming up with something new tomorrow. 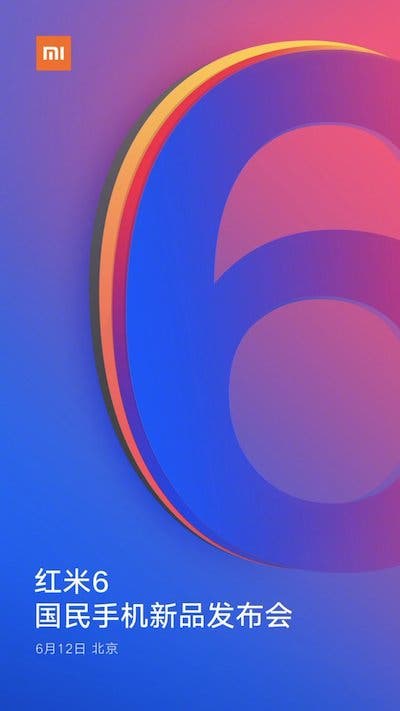 To know what the Redmi 6 holds in prospect, we have to make some assumptions. We presume that the model number M1805D1SE is the Redmi 6 due to popular opinion. You may remember this handset had an ugly looking notch and unpolished software as it leaked last week. Well, it has a 5.84-inch Full-HD+ display with a 19:9 aspect ratio. The driving chipset under the hood is likely a Snapdragon 625 owing to the familiar 2.0 GHz speed that has been listed.

You won’t fall short of RAM and storage options on the handset, that’s for sure. Because if rumours are true, it ranges from 2GB + 16GB all the way up to 4GB + 64GB. Battery, in typical Xiaomi fashion, is a satisfactory 3,900mAh.

TENAA is sketchy on the camera details. As per current info, there’s a 12MP primary sensor at the back. While the selfie cam is a 5MP shooter. Do note, all these specs could be of the Redmi 6 presuming the model number stated above is of the Redmi 6. There’s a possibility that these same specs could belong to the Redmi 6 Pro/Plus. However, there’s no confirming that either.