LG seems to be really committed to revolutionizing its line of wearables on this year. Some leaks started to pop out in the recent moments, carrying some information regarding future LG smartwatches. During the last month, the South-Korean manufacturer filed three new smartwatches on the FCC – Smartwatches that are expected to succeed the Sport and Style lineup and a new LTE-enabled smartwatch with Wear OS. 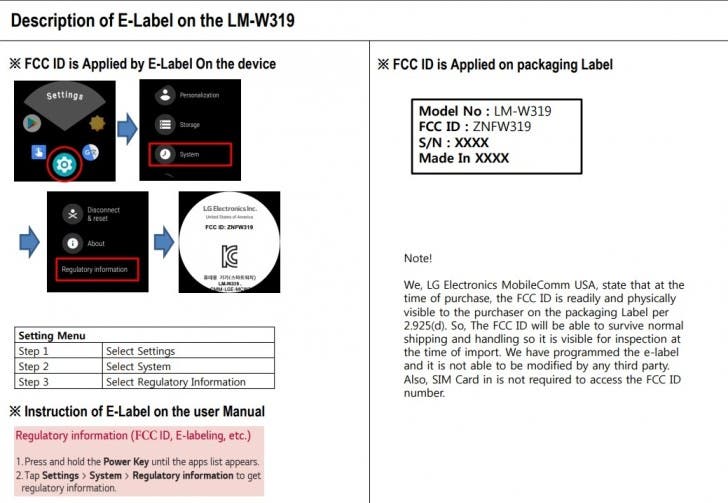 Two days ago the South-Korean manufacturer pushed forward another mysterious smartwatch through FCC realms, that is similar to the former Wear OS wearable, but with a different codename and some limitations. The first Wear OS powered wearable was caught in FCC with the model number LM-W315, while the new listing reveals a model with the LM-W319 label on it and without support for 3G or LTE connectivity, only plain Wi-Fi and Bluetooth.

Qualcomm already confirmed that it’s working in a chipset specifically made for wearables, this chipset is probably be featured by the rumored Google’s Pixel Watch, that should launch in the Fall alongside Pixel 3 and Pixel 3 XL. Coincidentally, that’s when the LG Wear OS wearables are expected to visit the market, we wouldn’t be surprised if they come with the same Qualcomm’s exclusive wearable chipset.

Montblanc Summit 3 is a luxury smartwatch with WearOS 3