After a successful launch in China, the Nokia X6 is now ready to be unleashed on foreign soil. The handset has appeared on Taiwan’s NCC after much speculation of a global release. Well, this seals it. HMD Global’s spokesperson, Juho Sarvikas conducted a poll on whether the Nokia X6 should launch globally after Chinese launch and the answer was a resounding yes. It seems the company is going ahead with the plan because of strong global interest in the phone.

So, the NCC certification doesn’t reveal many new details. It just has a model number – TA 1103 which is widely believed to be the Nokia X6 and is in close proximity to TA-1099, (Chinese Nokia X6). So, this a done deal. Although, we’re not sure when the handset will make it to other Asian countries even if it is heading to Taiwan first. 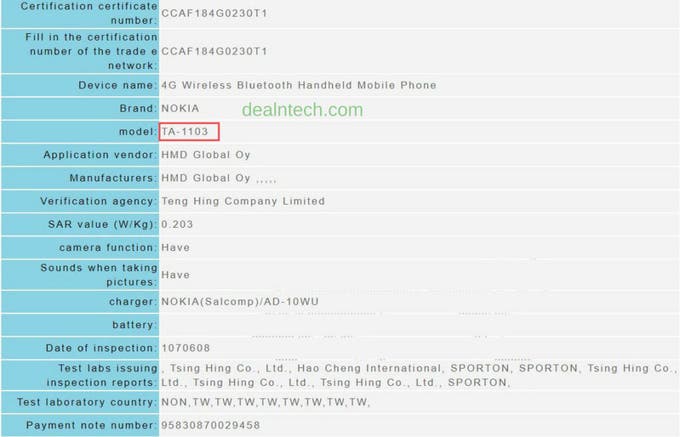 The Nokia X6 is an open book to read. It is an immense value for money phone, the likes we have never seen from the Finnish phone maker before. It boasts of a Snapdragon 636 at a rock-bottom prices of around $ 204. It’s also the first Nokia phone to flaunt notch with a display of 5.8 (inch), 2280×1080p resolution.

The handset also has dual cameras – 12MP + 5MP as well as a sufficient 3,080mAh battery in a sleek glass metal package. Indeed, it does look like a complete package. The handset could launch this month or in July, hopefully, followed by a launch in other countries.