Three new Xiaomi models recently passed TENAA’s certification recently leaking images of the handsets in the process. Those were reported to have model numbers – M1804C3CC, M1804C3CE and M1804CDE. These were speculated to be variants of the Redmi 6A. The other suggestion was that this could be a Redmi Note 6A. Regardless of what this mode could be, now Xiaomi has confirmed it is launching on June 12. Xiaomi’s president Lin Bin has shared a poster of the mystery phone.

Xiaomi’s new teaser that can be seen below shows the same front of the device that was seen on one of those phones on TENAA. Another model – M1805D1SE purported to be the Redmi 6 also passed TENAA and it had a notch. If this is indeed true, then the above teaser could be showcasing the Redmi 6A. That is if Xiaomi doesn’t have any other surprises in the locker for us. 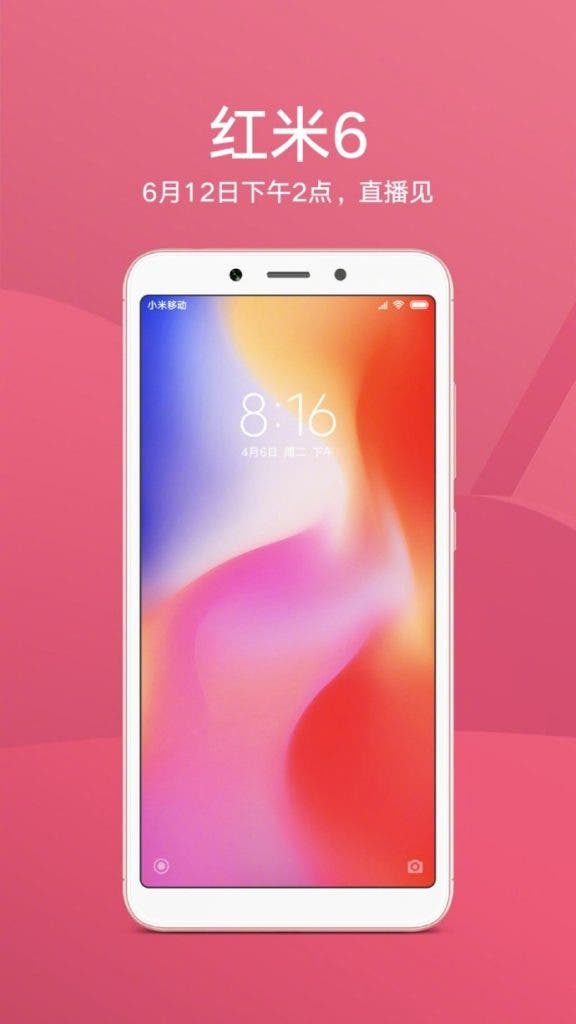 As for what we can expect from the Redmi 6A, the variants have differences in their spec sheet. The top end will probably feature a 5.45-inch display with HD+ resolution. It has a 2.0GHz processor claimed to be Helio P22. This is a 12nm chip from MediaTek that brings some awesome features like Neuropilot AI, and TensorFlow to the budget segment. The handset will likely also feature dual cameras with a primary 12MP sensor. The M1804C3DE could be the high-end variant as it has 4GB +64GB and 3GB +32GB variants.
The launch is on June 12 which is tomorrow. So, we’ll not have to wait long to see the mystery revealed.