The Oppo Find X is turning out to be a real surprise stunner this year. To begin with, it was a completely out of the blue move from Oppo to launch the handset. Now, we’ve learnt that the Find X will boast some jaw-dropping features like Super VOOC, 5X lossless optical zoom, and a curved edge display to say the least. All of this awesomeness will be accompanied by a matching price tag, but we’re just can’t wait to see these new features live on a handset.

Today, Oppo has teased some specs of the Find X on its official account. The teaser suggests three things – a Snapdragon 845, 8GB of RAM, and 256 GB of storage. This is as cutting-edge as it can get. We’ve recently seen this model being talked upon a lot in Chinese circles. This will probably be the top-end model of the Find X. However, we’ve also seen trademarks of two Find X models – Find N, Find S. This tells us that we might get a pocket-friendly version of the same flagship at launch. 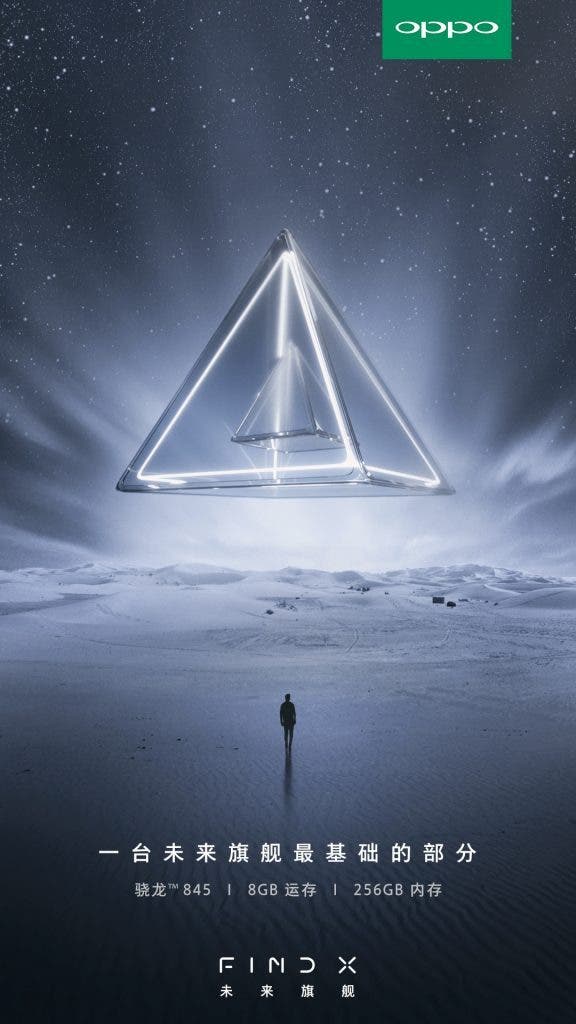 Oppo recently confirmed the curved edge display feature on the phone with its previous teaser. While the mind-boggling 15-min Super VOOC charge is straight of our dreams. Recent 3C certification had taken away our hopes of the same but some noted publications have confirmed two features at least i.e. Super VOOC and 5x zoom. The 5x zoom works because of a periscope-style setup in the phone allowing for 90 degree light diversion with a module that’s still 10 percent smaller than others. Stay tuned for the launch on June 19.

Next Lenovo Z5 Sells Out In 2 Minutes